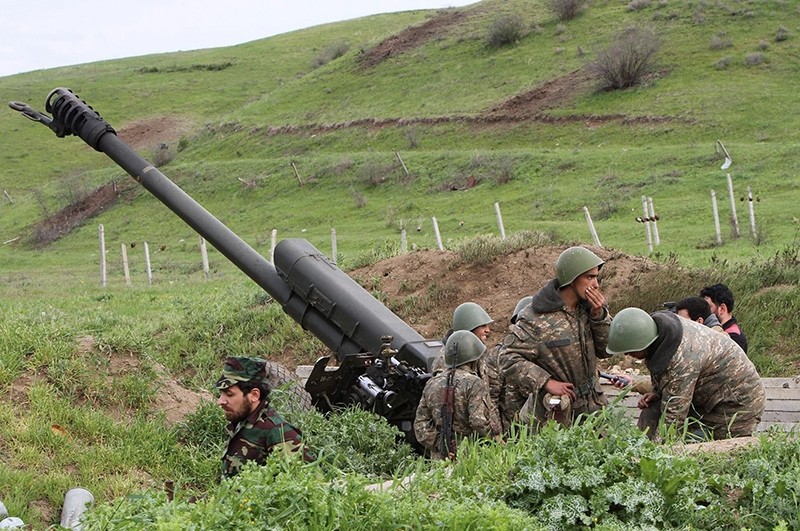 Armenia is discussing the possible return of some territories around the disputed Nagorno-Karabakh region with Azerbaijan, Armenian Foreign Minister Eduard Nalbandian said Monday.

According to Nalbandian, Armenia could return territories that, in terms of security, will not "threaten neither Karabakh, nor the settlement of the conflict."

"The question is that there are negotiations, and we want to resolve this issue peacefully together with the international community. We will continue the negotiations for as long as possible, since war is not a solution," Nalbandian said, speaking at the Armenia-Diaspora Sixth Pan-Armenian Forum.

The Armenian foreign minister did not provide any further details, saying that it would cause the talks to collapse.

Addressing the attendees at the same forum, Armenian President Serzh Sargsyan said that residents of Karabakh have a right to freedom and safety, adding that other issues "could be solved through peace negotiations."

The latest remarks by the Armenian officials signal that Yerevan may have agreed to the so-called "Lavrov plan," the existence of which was denied by the Russian foreign ministry.

Reports claim that the plan includes Armenia's de-occupation of five of the seven regions around Nagorno-Karabakh, which are called the "security belt." The plan is supposedly a part of the ongoing negotiations.

Nagorno-Karabakh is officially part of Azerbaijan. Baku and Yerevan have feuded over the Nagorno-Karabakh region since Armenian separatists seized the territory in a war that claimed some 30,000 lives in the early 1990s and ended in a frail 1994 truce. Efforts to negotiate a settlement have failed, and frequent clashes have continued.

In April last year, at least 110 people from both sides were killed as simmering violence flared into the worst clashes in decades over the region. A Russian-brokered ceasefire ended the four days of fierce fighting, but attempts to relaunch the stalled peace process since then have failed.