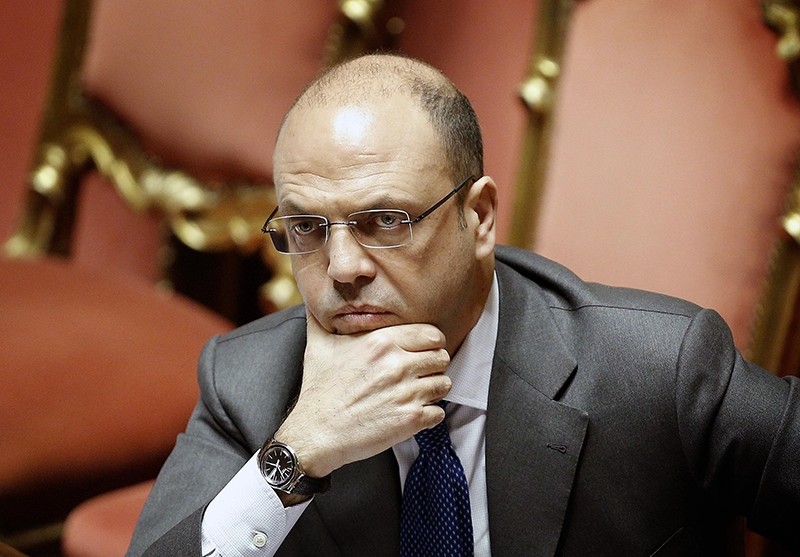 Italian Interior Minister Angelino Alfano speaks during a session in the senate in Rome, Italy. (EPA Photo)
by Anadolu Agency Oct 01, 2017 12:00 am

"We have made a strong decision to stop the accreditation procedure of the Democratic People's Republic of Korea's ambassador," Alfano announced in an interview published by Italian daily La Repubblica on Sunday.

"The ambassador will have to leave Italy," he told the daily.

The move came in reaction to Pyongyang's further launch of nuclear and ballistic missile tests in the past few weeks, the foreign minister noted.

As the chairman of the Sanctions Committee of the UN Security Council, Italy also called on the international community to maintain high pressure on the regime of North Korea's Kim Jong-un, he said.

North Korea faces strong sanctions by the United States and firm condemnation from the international community in the wake of repeated missile launches and the latest nuclear test.

The sixth nuke test on Sept. 3 by North Korea led to the adoption of the 9th UN Security Council resolution since 2006.