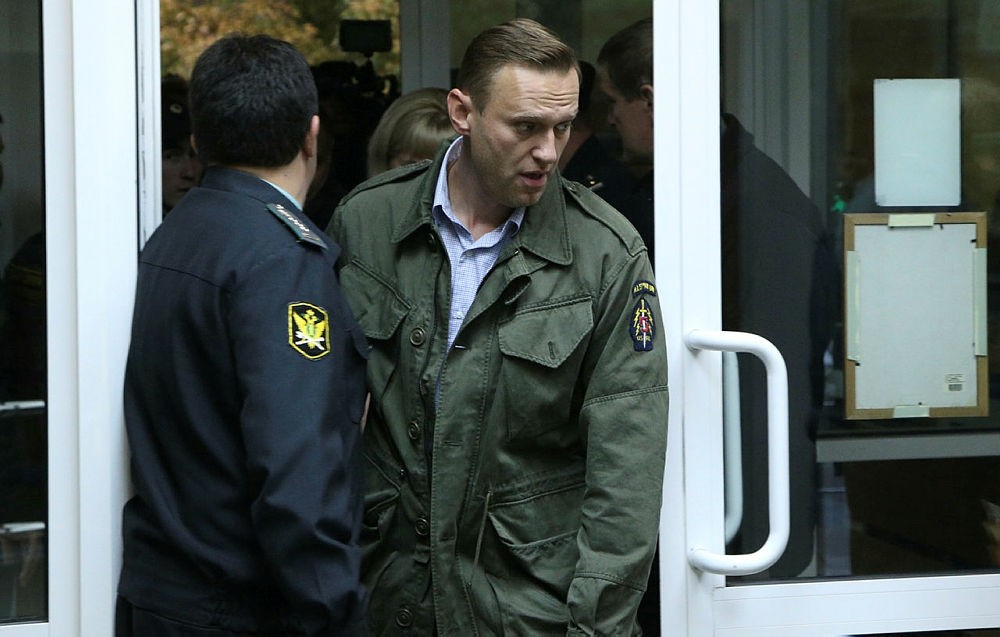 A Moscow court has sent Russian opposition leader Alexei Navalny to jail for 20 days for calling for an unsanctioned protest.

Police detained Navalny on Friday, preventing him from traveling to a rally in a major Russian city that had received official permission. Charges brought against the top Kremlin foe relate to an upcoming rally in St. Petersburg, Russia's second-largest city, which has not been sanctioned.

After he announced his presidential bid last year, Navalny, arguably Russia's most popular opposition politician, inspired a grassroots campaign in Russian regions to support his nomination.