18 migrants discovered in the back of truck in Austria 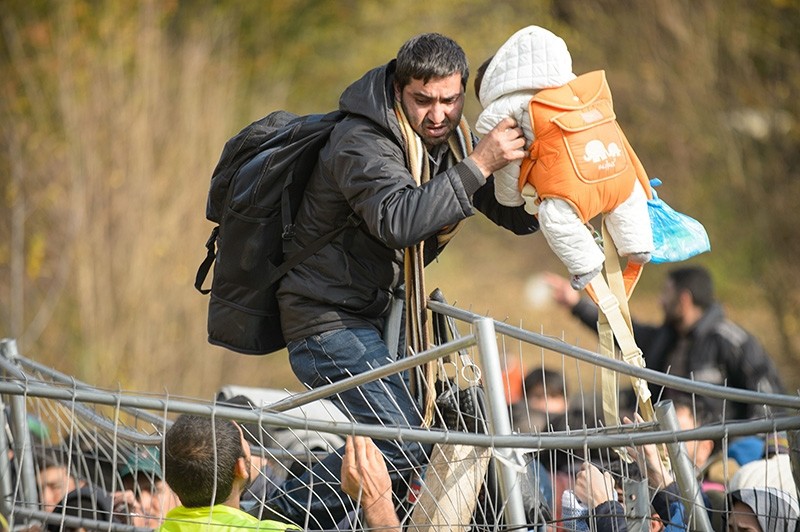 An Austrian serviceman and a migrant help a child to overpass the fence, as migrants and refugees wait to cross the Slovenian-Austrian border, from the Slovenian city of Sentilj, on October 30, 2015 (AFP Photo)
by Associated Press Oct 05, 2017 12:00 am

Austrian police say they have arrested a Bulgarian national after 18 migrants were found in the back of his truck during a search on the border with Hungary.

A police statement issued Thursday says the migrants originate from Iraq and the Palestinian territories and comprise 10 men, three women and five children.

The truck was searched Monday at the Nickelsdorf crossing with Hungary — the border point that saw a huge influx of migrants heading for prosperous EU nations before states along the so-called West Balkans route originating from Greece massively increased controls and surveillance last year.

The suspect faces charges of human trafficking. He remains unidentified in keeping with Austrian privacy laws.