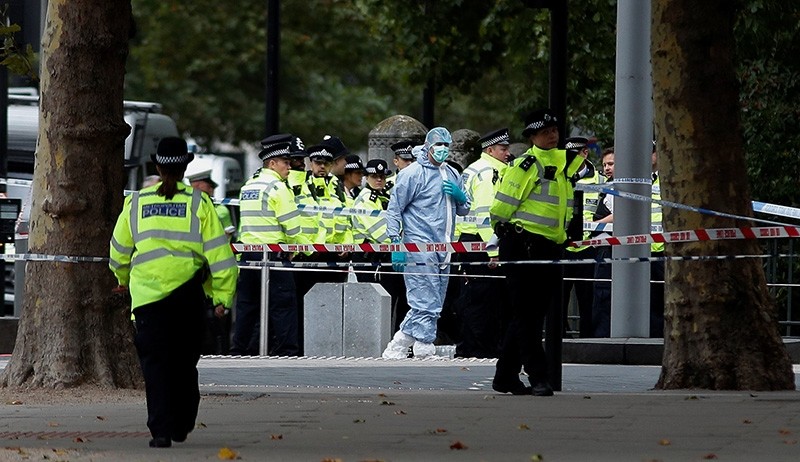 Police and forensic officers gather in the road near the Natural History Museum, after a car mounted the pavement, in London, Britain October 7, 2017 (Reuters Photo)
by Daily Sabah with Agencies Oct 07, 2017 12:00 am

11 people have been injured after a car steered into pedestrians outside London's Natural History Museum on Saturday.

London police said the car crash was a road traffic accident, not a terror attack.

London police said that a man was detained at the scene and described the incident as a collision, adding that he motive for the incident was under investigation.

Suspect who plowed vehicle into pedestrians outside London Natural History Museum has been detained by policehttps://t.co/Ghe1LWdj0C pic.twitter.com/tHhfLuD6GO

The crash happened at 2:20 p.m. on a day when the central London museum is usually teeming with pedestrians including international tourists. Photographs showed a dented silver car and a man being pinned to the ground outside the museum.

The London Ambulance Service was responding to the incident.

Britain has been on a "severe" terrorist threat level and a massive police response followed the traffic incident.