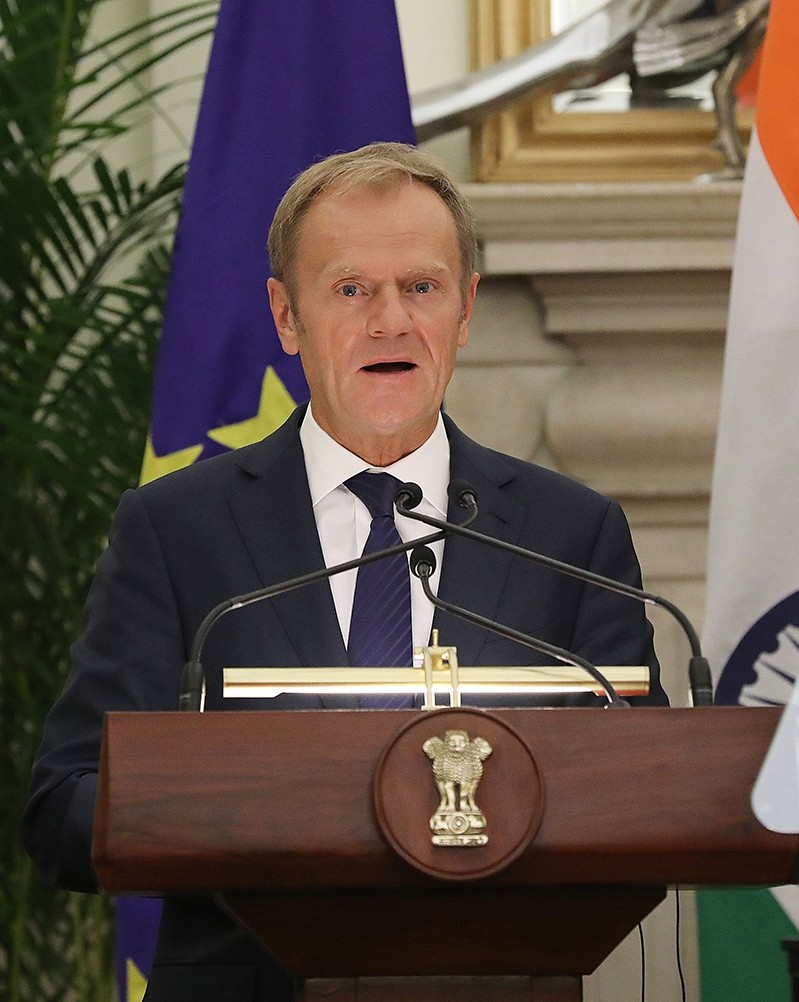 EU President Donald Tusk on Tuesday urged Catalonia's leader not to take a decision that would make dialogue with Madrid impossible, just hours before a possible declaration of independence.

"Today I ask you to respect in your intentions the constitutional order and not to announce a decision that would make such a dialogue impossible," Tusk said in Brussels, appealing for a negotiated end to a standoff that has sent shockwaves through the bloc.

Tusk added that "diversity should not and need not lead to conflict whose consequences would obviously be bad for the Catalans, for Spain and for the whole of Europe."

Before a meeting of the EU's Committee of the Regions, Tusk said that "let us always look for what unites us and not for what divides us. This is what will decide the future of our continent."

Catalonia's government spokesman Jordi Turull has declined to give away any details of what regional president Carles Puigdemont will say ahead of a highly anticipated address to parliament Tuesday.

Some expect Puigdemont to declare independence from Spain in his speech to lawmakers but he has not revealed what the message would be.

"These are very intense and passionate moments," Turull said during a weekly briefing to reporters.

Spanish authorities have legally challenged every step of the Catalan government's move to secede and sent in police to try to stop a highly disputed independence referendum last week. Catalan authorities say the majority of those who voted favored independence from Spain.

According to the Catalan authorities, more than 90 percent of the region's population voted in favor of independence in a controversial referendum considered illegal by Madrid.