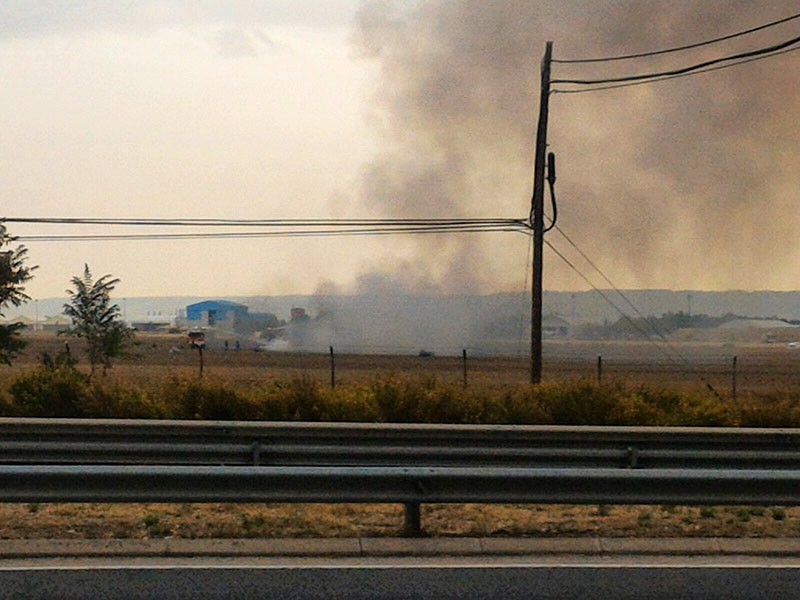 An F-18 fighter jet crashed during takeoff on the outskirts of Madrid, in the Torrejon military base, Spanish Defense Ministry announced Tuesday.

The accident occurred during takeoff maneuvers, killing the pilot, the ministry spokesman said.

The Eurofighter aircraft had plunged to the ground after taking part in the annual military parade for the holiday in Madrid, where King Felipe VI and Queen Letizia presided over the festivities.

A ministry spokesman said the F-18 jet crashed at the Torrejon de Ardoz base outside Madrid during takeoff. No one else was on the plane at the time. The ministry said it had no details about the cause of the incident, which took place shortly after 11 a.m.

Television images showed a massive cloud of smoke rising from the base area.

The official was speaking on condition of anonymity in keeping with force regulations.

It was the second air force accident in less than a week. Last Thursday, a Eurofighter pilot died while maneuvering to land at Los Llanos airbase in the province of Albacete in southeastern Spain after taking part in a military parade in Madrid.