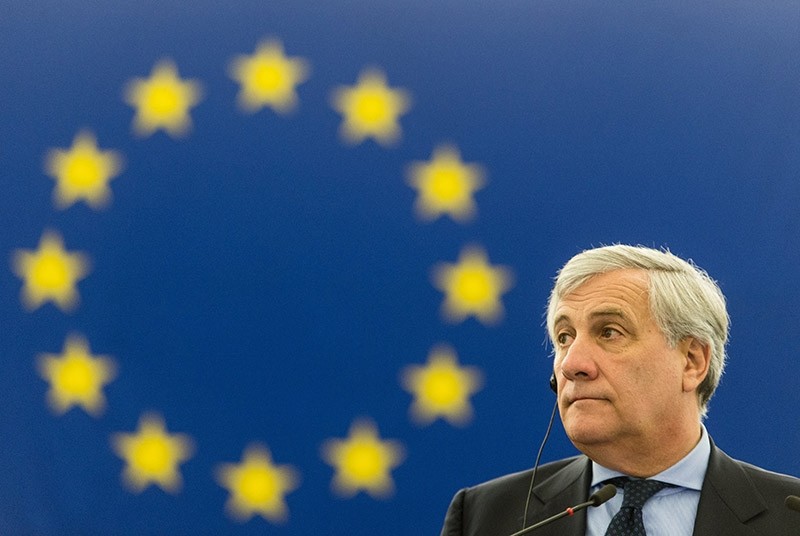 Antonio Tajani,President of the European Parliament, listens to a speech during the debate about the constitution, rule of law and fundamental rights in Spain (EPA Photo)
by Oct 19, 2017 12:00 am

If Catalan authorities went ahead and declared independence from Spain, "nobody" in the European Union would support them, the President of the European Parliament, Antonio Tajani, warned Thursday.

"We are in favor of dialogue, but nobody in Europe could accept the independence of Catalonia," he added. If Catalan leaders insist, "they would be isolated, nobody will help the government of Catalonia on this path."

Tajani spoke before the expiration of a Spanish government ultimatum for Catalan President Carles Puigdemont. He was asked to set aside independence plans for good, but he responded by threatening to declare secession if Madrid suspends Catalonia's autonomous powers.

After Puigdemont said he would not back down, the Spanish government announced an extraordinary cabinet meeting Saturday to do exactly what the Catalan leader had asked them not to: start the activation of article 155 of the constitution on the suspension of Catalan self-government.