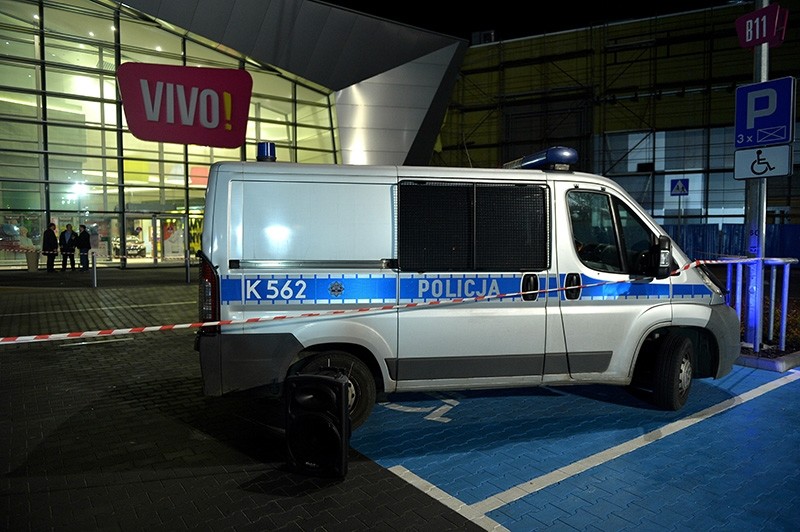 A man attacked people with a knife Friday at a shopping mall in southeastern Poland, killing one person and sending seven others to the hospital with wounds, police said.

Andrzej Wierszyna, spokesman for the police in the town of Stalowa Wola, said the attack took place Friday afternoon with a sharp tool at one of the town's malls. The man, a 27-year-old Polish resident of the town, has been detained, he told The Associated Press.

Police officer Anna Klee was quoted by the PAP news agency as saying the weapon was a knife and a 50-year-old woman died in the hospital.

"He was attacking people from behind, hitting them with the knife," Klee told PAP.

Eight people were taken to hospitals in Stalowa Wola, Tarnobrzeg and Sandomierz, most with serious wounds, including the woman who died, regional police chief Krzysztof Pobuta told reporters. One other person had lighter injuries and another was being treated for shock.

"There's no terrorist or ideological context for the attack, it's rather his poor psychological condition," Pobuta said.

Regional governor Ewa Leniart said four of the injured had undergone surgery and two of them were in critical condition. She said five women and four men between 50 and 18 had been stabbed.

The man "acted irrationally, could not explain the motives for his actions," National Police spokesman Mariusz Ciarka said, adding that a breathalyzer test showed he was sober and blood tests were being done to check whether he was under the influence of any other substances.

A search of the alleged attacker's home revealed medical documents saying he was a psychiatric patient, Ciarka said.

Regional prosecutor Adam Cierpiatka said the detained man will be questioned Saturday and could face charges of murder and multiple counts of attempted murder.

Prime Minister Beata Szydlo returned from a European Union summit in Brussels, calling the attack "very sad news" through a spokesman. She said the authorities will extend full assistance to the victims and their relatives.