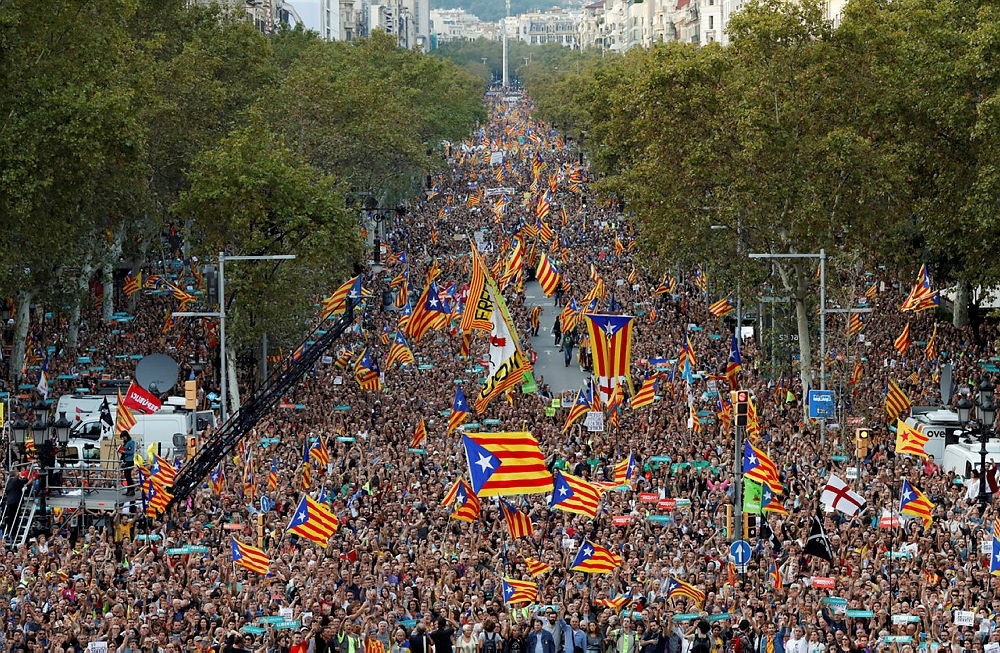 The people of Catalonia cannot accept the "illegal" measures taken by the Spanish government to rule the region directly from Madrid, Catalan leader Carles Puigdemont said on Saturday, as he called on the regional parliament to act against them.

Puigdemont said the decision by Prime Minister Mariano Rajoy to fire the regional government and force a new election, which will be effective next Friday, was "the worst attack against the institutions and the people of Catalonia since the military dictatorship of Francisco Franco."

"I ask the parliament to meet in a plenary session during which we, the representatives of the citizens' sovereignty, will be able to decide over this attempt to liquidate our government and our democracy and act in consequence," Puigdemont said in a televised speech.

Puigdemont also said the Spanish government's actions do not respect the rule of law after Madrid took drastic measures to stop the region from breaking away, announcing plans to dismiss its separatist executive.

They are "incompatible with a democratic attitude and do not respect the rule of law," he added.

The speaker of the Catalan parliament said Spain's central authorities have made an effective "coup d'etat" in what she called an "authoritarian" attempt to take control of the northeastern region.

Forcadell said the move is "an authoritarian blow within a member of the European Union."

Rajoy's conservative government is likely to obtain the national Senate's backing next week for extraordinary powers that will allow him to dissolve the Catalan parliament and call an early election. The measures include the sacking of Catalonia's separatist leaders.

Rajoy said the regional parliament will have its powers limited, but will remain in place until new lawmakers are elected in less than six months.

Meanwhile, led by Catalonia's separatist president Carles Puigdemont, hundreds of thousands of independence supporters protested in Barcelona on Saturday, shouting "freedom" and "independence" after Madrid announced drastic measures to stop the region from breaking away.

"It's time to declare independence," said Jordi Balta, a 28-year-old stationery shop employee, adding there was no longer any room for dialogue.

The protest in the centre of the Catalan capital had initially been called to push for the release of the leaders of two hugely influential grassroots independence organisations, accused of sedition and jailed pending further investigation.

Protesters greeted Puigdemont's arrival at the rally with shouts of "President, President." The rest of his executive was also there.

"The Catalans are completely disconnected from Spanish institutions, and particularly anything to do with the Spanish state," said Ramon Millol, a 45-year-old mechanic.

Catalonia is roughly split down the middle on independence, but residents cherish the autonomy of the wealthy, northeastern region, which saw its powers taken away under the dictatorship of General Francisco Franco.

As such, Madrid's move could anger even those against independence.

Barcelona's Mayor Ada Colau, who opposes the independence drive, tweeted: "Rajoy has suspended the self-government of Catalonia for which so many people fought. A serious attack on the rights and freedoms of everyone."

As a police helicopter hovered above, protesters booed and gave it the finger.

"I wish they would just go," said Balta, looking up at the sky.

The Spanish government's proposed measures still have to be approved by the Senate.

But the upper house is majority-controlled by Rajoy's ruling Popular Party and he has secured the support of other major parties, meaning they will almost certainly go through.