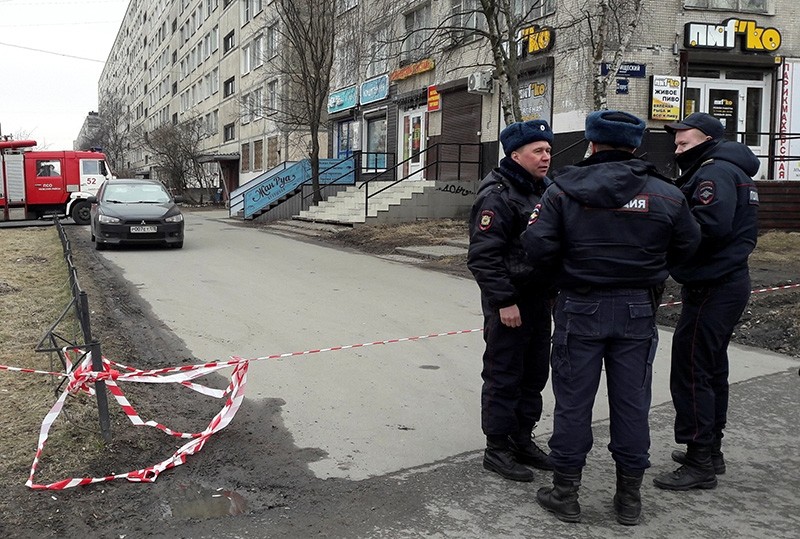 A suspected Daesh recruiter has been arrested in the Russian city of Saint Petersburg, officials said Friday.

Tajikistan national "Farkhod Nazarov, suspected of aiding terrorism, has been arrested and will be detained until December 12," said a statement from a court in Russia's second city, scene of a deadly underground train bombing in April.

The 33-year-old suspect recruited central Asian targets online "to wage war in Syria, Iraq and Afghanistan and to organize terrorist acts on Russian territory," according to security sources cited by the local press.

Nazarov was arrested on Thursday in the town of Kingisepp, near to the border with Estonia in the Saint Petersburg region.

When Russian special forces arrested him he was carrying a pistol and a quantity of drugs, according to Russian media.

Since Russia -- a decades-long ally of the Assad regime -- first intervened militarily in Syria in 2015, it has faced reprisal threats from the Daesh terror group and from the Al-Nosra Front, the Syrian affiliate of Al-Qaeda.

Daesh has claimed responsibility for several attacks in Russia. In August, a man stabbed seven people on the street in the Siberian city of Surgut, before being shot and killed.

The following week two men stabbed a policeman to death and wounded another in the volatile region of Dagestan in Russia's North Caucasus before he too was shot dead by police.

Earlier this month the Daesh terror group claimed responsibility for the killing of two policemen in Dagestan.