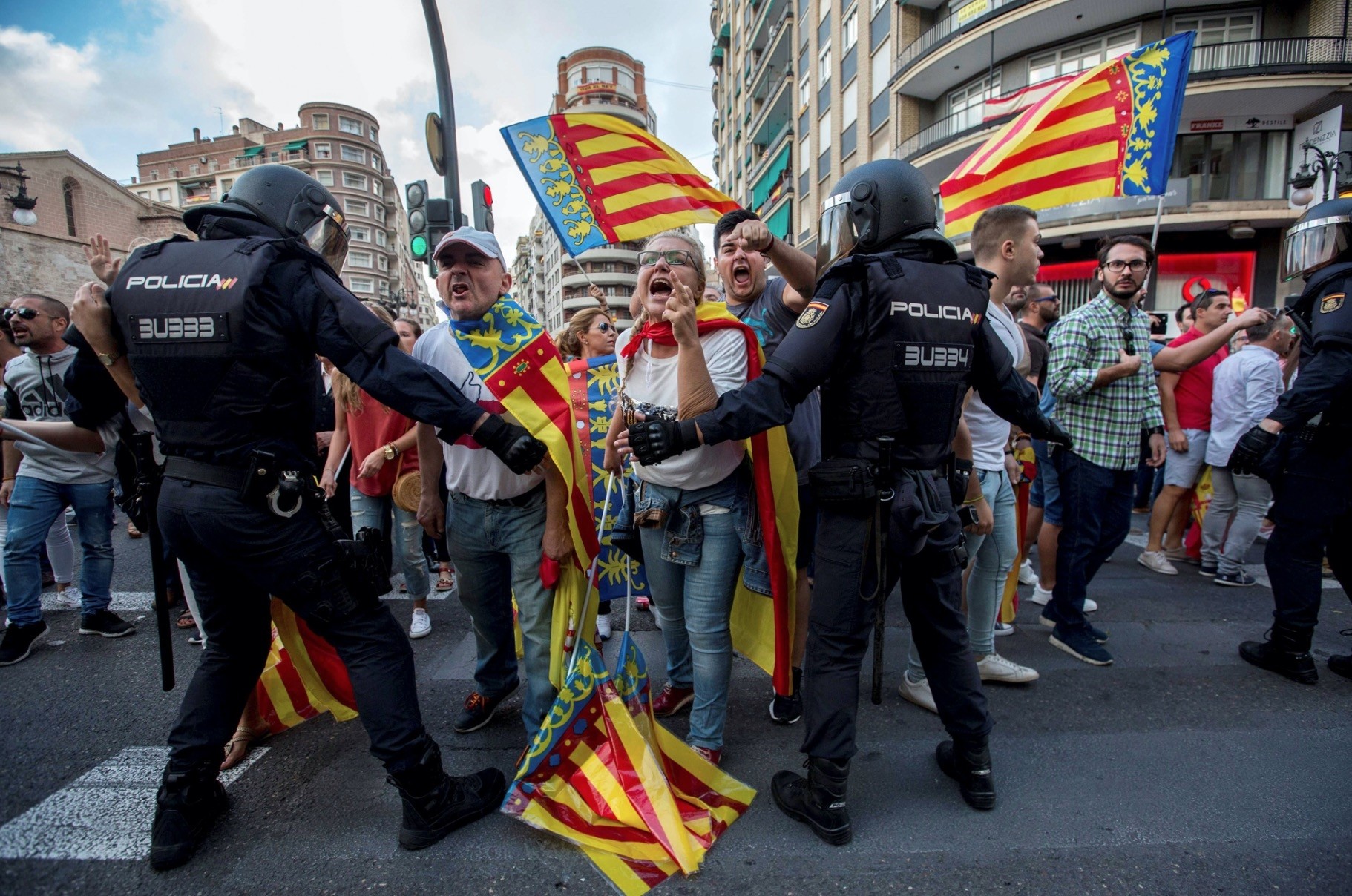 The Madrid government has taken Spain into uncharted legal waters by moving to wrest back powers from the semi-autonomous region, which could see Madrid take control of the Catalan police force and replace its public media chiefs. The move came just a day after Madrid won powerful backing from the king and the EU in its battle to keep the country together. Spain's Senate is set to approve the measures by the end of the week. Spanish Prime Minister Mariano Rajoy's conservative Popular Party (PP) holds a majority in the upper house, while other major parties also back his efforts to prevent a break-up of the nation.

There are fears of chaos if Madrid seeks to impose direct rule of any kind, and Catalan leader Carles Puigdemont has said such a move could push regional lawmakers to declare unilateral independence.

The move sparked outrage among separatists, with nearly half a million taking to the streets of the regional capital Barcelona. The demonstration was originally called to protest against the detention of two influential separatist activists, Jordi Cuixart and Jordi Sanchez, who are being held on sedition charges accused of instigating protests in the run-up to Catalonia's banned independence referendum on Oct. 1. But the latest move by Madrid to seize powers from the semi-autonomous region was on the minds of many in the crowds.

Puigdemont and his regional executive, who sparked Spain's worst political crisis in decades by holding a banned independence referendum, will be stripped of their jobs and their ministries taken over under measures announced Saturday by Prime Minister Mariano Rajoy.

Spanish Foreign Minister Alfonso Dastis said on Sunday he hoped that people in Catalonia would disregard any instruction from the regional leadership if Spain moves to suspend the region's autonomy.

"All the government is trying to do, and reluctantly, is to reinstate the legal order, to restore the constitution but also the Catalan rules and proceed from there," he told the BBC's Andrew Marr Show. "We are going to establish the authorities who are going to rule the day-to-day affairs of Catalonia according to the Catalan laws and norms... I hope everyone will disregard whatever instructions they will be planning to give because they will not have the legal authority to do that."

Responding to accusations of a "coup," Foreign Minister Dastis retorted, "If there is a coup d'état, it is one that has been followed by Mr. Puigdemont and his government."Though Catalans are deeply split on whether to break away from Spain, autonomy remains a sensitive issue in the northeastern region of 7.5 million people, which fiercely defends its language and culture and has previously enjoyed control over its policing, education and healthcare. Rajoy said he had no choice but to force Puigdemont out as he refuses to drop his threat to declare independence after a referendum that had been declared unconstitutional.

In his latest display of brinkmanship, Puigdemont sent a letter to Spanish Prime Minister Mariano Rajoy just minutes before a deadline set by Madrid for him to backtrack on his calls to secede. Puigdemont didn't give in, however, and threatened to go ahead with a unilateral proclamation of independence if the government refuses to negotiate. Spain's government responded by calling Saturday's Cabinet session to activate Article 155.

As part of support for Madrid government, some bank customers in Catalonia withdrew symbolic amounts of money to protest against financial institutions that have moved their official headquarters to other locations in Spain amid the political crisis. CaixaBank and Banco Sabadell, the largest Catalan lenders, are among nearly 1,000 financial institutions and businesses that have moved their official registration out of Catalonia in the past few weeks.