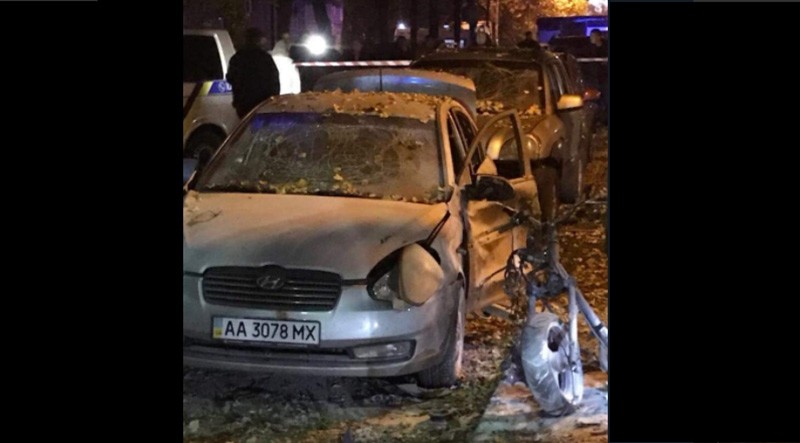 An explosion in Ukraine's capital early Thursday killed two people and wounded five others including a member of parliament, the Interior Ministry said.

Ukraine opened a "terror" probe Thursday, with the nationalist party calling the attack an assassination attempt linked to Russia.

The blast happened late Wednesday near the entrance to the internet television station Espresso where Ihor Mosiychuk, a lawmaker with the nationalist Radical Party, was making an appearance. The explosion injured five people, including Mosiychuk, and killed his bodyguard and a passer-by.

Security Service of Ukraine spokeswoman Olena Gitlyanska told AFP a terror probe had been launched and that "the investigation is looking into all versions" of events.

But Deputy Prosecutor General Pavlo Kononenko told reporters that "the first possibility we are examining, one Mosiychuk uttered himself, is that this was organized by Russia's secret service".

Mosiychuk is a highly outspoken critic of the Kremlin and its alleged backing of an insurgency in eastern Ukraine that broke out two months after Kiev's February 2014 ouster of its Russian-backed regime.

Moscow denies playing any role in the conflict despite overwhelming evidence of its tanks and troops entering a war zone in which more than 10,000 people have died.

Kremlin spokesman Dmitry Peskov was equally dismissive of Ukraine's suspicion that Russia was behind the latest high-profile bombing to hit Kiev.

He told reporters that putting the responsibility on any Russian official demonstrated Kiev's "groundless hysteria" and "Russophobia".

The Ukrainska Pravda website quoted the hospital where Mosiychuk is being treated as saying that he remains in grave condition after surgery that lasted three hours.

The blast is the latest in a recent series of targeted bombings in Kiev.

Former Russian lawmaker Denis Voronenkov, a Kremlin critic who had moved to Kiev, was gunned down in broad daylight in the Ukrainian capital in March.

And a colonel with the Ukrainian defence ministry's intelligence service was killed when his car exploded in Kiev in June.