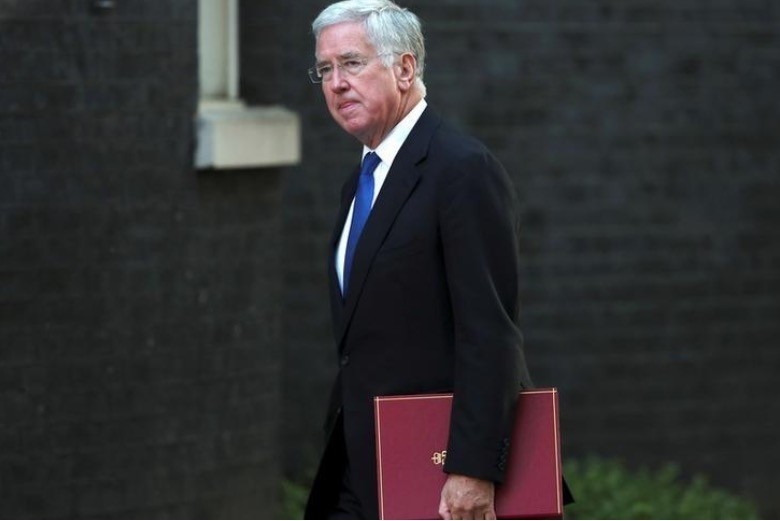 "Michael Fallon has resigned as Defence Secretary, admitting his behaviour in the past may have 'fallen short'," Kuenssberg said.

Fallon has become the first politician to step down in a developing scandal at Westminster, following highly-publicized allegations of sexual harassment.

"A number of allegations have surfaced about MPs in recent days, including some about my previous conduct. Many of these have been false but I accept that in the past I have fallen below the high standards that we require of the Armed Forces that I have the honour to represent.

"I have reflected on my position and I am therefore resigning as Defence Secretary," Fallon wrote in a letter to Prime Minister Theresa May, saying he would continue to serve as a member of parliament.

Fallon had earlier this week apologized for an incident in 2002 in which he had put his hand on a political journalist's knee, however he was not investigated over the incident.

May responded to the resignation by thanking Fallon for "a long and impressive ministerial career."

"I appreciate the characteristically serious manner in which you have considered your position, and the particular example you wish to set to servicemen and women and others," she wrote in a letter.

The prime minister has called for rules on MPs' behavior to be toughened after the emergence of several allegations of sexual harassment at Westminster.