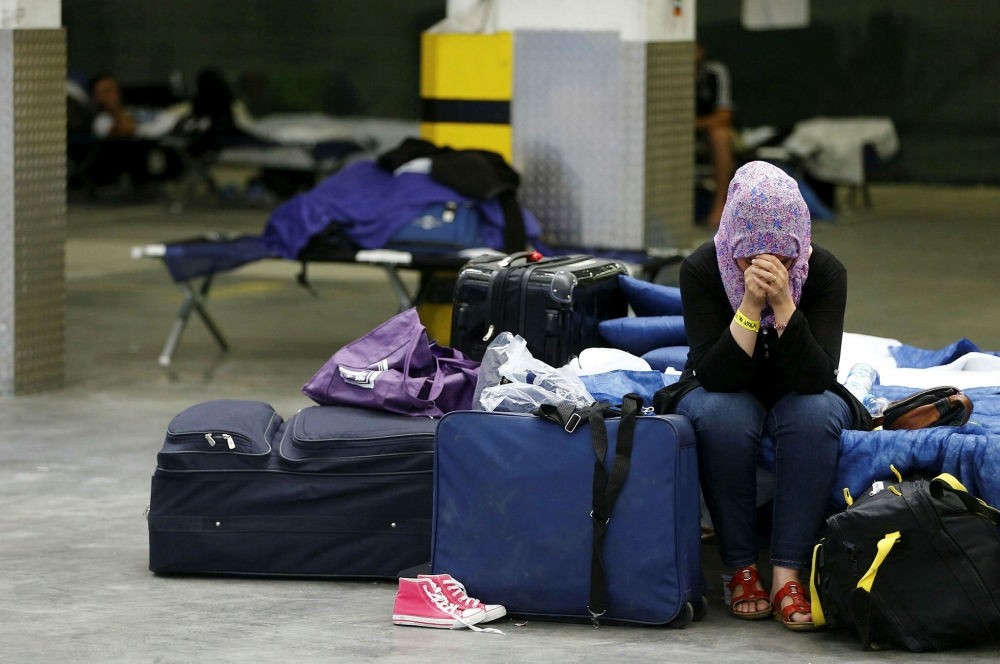 The number of people seeking refuge in Germany more than doubled in the two years up to the end of 2016.
by Compiled from Wire Services
Nov 04, 2017 12:00 am

While the number of people seeking refuge in Germany more than doubled in the two years up to the end of 2016, Around 30,000 rejected asylum seekers have reportedly disappeared from German government records

Germany has lost track of 30,000 rejected asylum seekers, Bild daily reported on Thursday, piling pressure on Chancellor Angela Merkel to agree a migrant policy with potential coalition partners that ensures no repeat of a migration crisis in 2015. The paper said migrants were on a December 2016 list of people due to leave the country and quoted an interior ministry spokesman as saying they could not rule out that some "had already left or disappeared without the relevant authorities knowing."

One commentator at Bild, which has run a campaign to speed up deportations of failed asylum seekers, wrote: "No wonder many people are worried and unsettled. They ask: 'can the state protect me?' Politicians must take this insecurity seriously."

The report, which coincided with official data showing the number of people seeking refuge in Germany more than doubled in the two years until the end of 2016 to 1.6 million, comes as migrant policy tops the agenda in coalition talks.

Voters punished Merkel for her open-door policy in a September election, with her conservatives suffering heavy losses to the far-right Alternative for Germany (AfD).

Merkel's conservative CDU-CSU bloc is struggling to cobble together a new untested three-way coalition with the pro-business Free Democrats and the environmental Greens after the CDU-CSU suffered its worst result since 1949.

However, refugee policy has emerged as a major sticking point in the talks to form the new Merkel-led government, in particular over family reunions and placing limits on new arrivals.

Her conservative bloc has tried to paper over internal divisions on migrant policy but is still at odds with the Free Democrats (FDP) and especially the Greens with whom they want to rule.

Points of contention include to what extent family members should be allowed to join asylum seekers in Germany and putting limits on the number of people who arrive.

The number of people seeking refuge in Germany more than doubled in the two years to the end of 2016, according to data released Thursday, as migration emerges as a major hurdle to Chancellor Angela Merkel's efforts to forge a new coalition.

The Federal Statistics Office (Destatis) said on Thursday those seeking protection in Germany surged to 1.6 million by the end of last year, representing a rise of 113 per cent from 2014 and equivalent to 16 per cent of the number of foreigners in the nation. Included in the figures are people from abroad staying in Germany for humanitarian reasons, people still going through the asylum process, those granted refugee status or subsidiary protection status and failed asylum seekers who stay.

More than half of the 1.6 million had been granted permission to stay in Germany, Destatis said. About half of those were from Syria (455,000) with 191 from Afghanistan and 156,000 from Iraq, it said.

The numbers of new arrivals in Germany has fallen sharply since the start of the year after European Union member states stepped up action to trim the flow of refugees into the EU. However, about 158,000 of those living in Germany were rejected asylum seekers, despite Berlin's efforts at deporting those without any legal right to be in the nation.