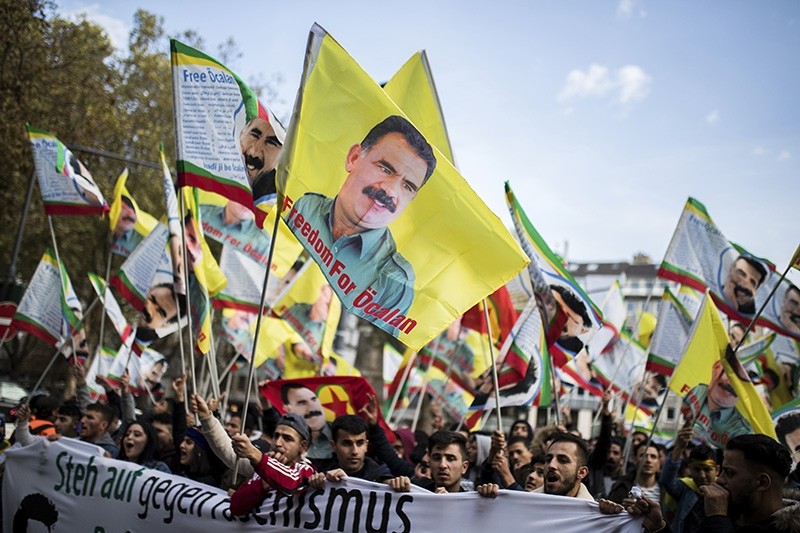 Police in Germany's Dortmund have banned a demonstration of the PKK terror group Saturday that was scheduled to take place in the city center later in the day.

A bus set to transport the PKK supporters displayed large photographs of the group's jailed leader Abdullah Öcalan, Dortmund police announced in a written statement. Öcalan, who was sentenced to death penalty over crimes as the leader of terrorist group, now serves aggravated life imprisonment in Turkey as the death penalty was abolished in the country in 2002.

Police informed the organizers of the PKK demonstration that no depictions of terror group's leader would be allowed at the gathering, but the organizers refused to remove the images, according to the police statement.

Around 150 PKK supporters were set to gather in Dortmund at 1:00 p.m. local time.

Several PKK sympathizers were detained last week in Germany's Duesseldorf after they reportedly attacked police officers. Banned PKK and Öcalan banners and flags were waved at the demonstration, adding fuel to the tension as police officers intervened.

The PKK is officially recognized as a terrorist organization by Turkey, the U.S. and the EU.