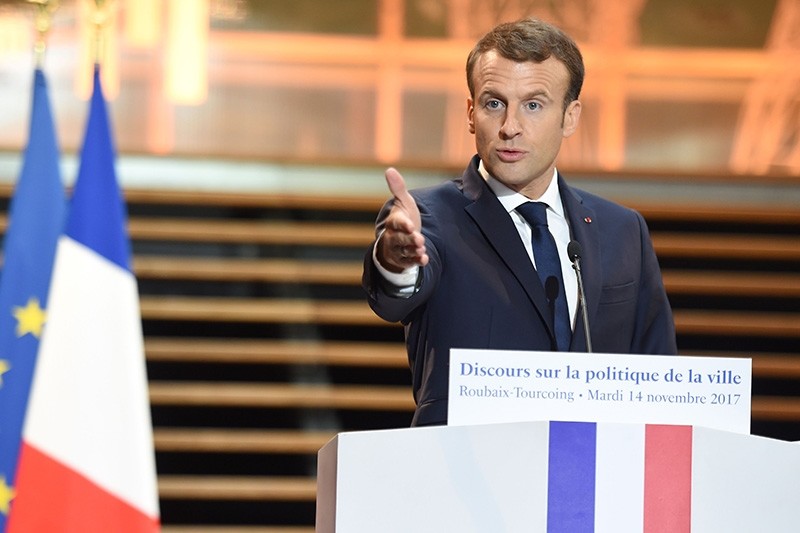 French President Emmanuel Macron delivers a speech during a visit to the Plaine Images industry hub in Tourcoing, northern France, on November 14, 2017 (AFP Photo)
by Associated Press
Nov 14, 2017 12:00 am

The pledge is part of a multibillion-euro plan that Macron is laying out Tuesday focusing on suburban housing projects plagued by crime and joblessness.

Macron was unusually harsh in his criticism of previous governments, saying radicalization took root because the state abdicated its responsibility in impoverished public housing, and terrorist preachers filled the void.

He said his government will present about 15 measures to fight radicalization and will close "unacceptable structures" that promote terrorism and "try to fracture us."