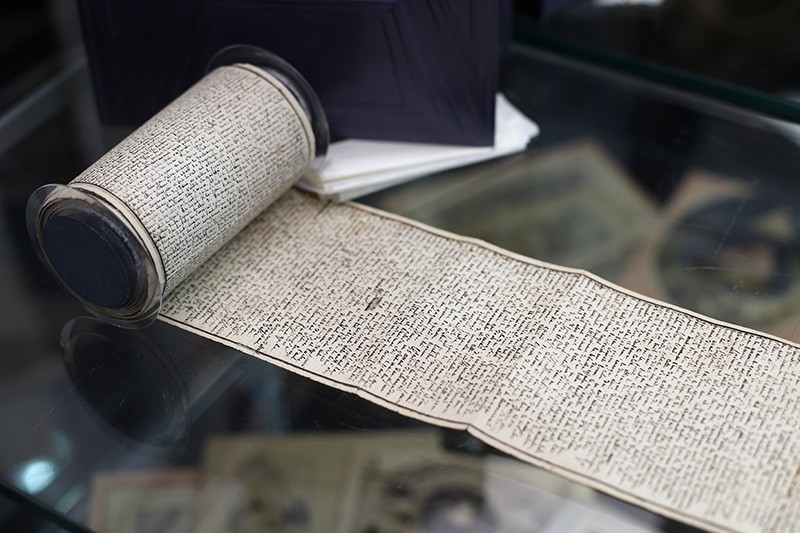 Thousands of French investors are hoping to recover some of the money they lost in an alleged pyramid scheme when a collection of rare manuscripts goes up for auction starting next month.

The 130,000-piece collection has been estimated to be worth a sum that could run eight or nine figures. It includes the original 1785 manuscript for "The 120 Days of Sodom," the explicit and ultimately influential novel the Marquis de Sade wrote in the Bastille prison.

A judge ordered the documents seized three years ago as part of a fraud investigation. Other valuable highlights are a hand-written testimony by an American survivor of the Titanic and a text written by King Louis XVI a few months before his beheading during the French Revolution.

The so-called Aristophil collection will be gradually sold at the prestigious Hotel Drouot auction house in Paris. About 300 auctions are expected to take place over at least six years. Top lots for the first sale, scheduled for December 20, were displayed Tuesday outside Paris.

The works came from Aristophil, a company in Paris that police officers searched in November 2014 as part of an investigation into a suspected pyramid scam.

Founder Gerard Lheritier allegedly promised clients high profits from investments in the old books and manuscripts the company acquired. Financial stakes in the works were then allegedly resold to new investors to finance repayments to earlier ones.

Lheritier was given preliminary charges of organized fraud and Aristophil was placed in liquidation proceedings in 2015. The case has yet to be sent to a French court.

Auctioneer Claude Aguttes, who was appointed by French courts to preserve, secure, sort, assess and auction the works, told The Associated Press that some 18,000 French private customers — most of them with little familiarity in the specialized market for rare documents — were lured in by the promise of profits.

To convince gullible customers to invest, Aristophil allegedly dispatched brokers across France to make sales pitches, buyers told investigators. Clients could either purchase the works outright or as joint owners, depending on how much they put in.

Auctioneer Aguttes offered to turn over manuscripts to the minority of investors who owned them in full. But "90 percent of them preferred that they be sold," he said.

The works with joint ownership will be auctioned off and the proceeds distributed by court receivers to former Aristophil clients in proportion to their starting stake.

Because the documents were sold and resold at inflated prices through the alleged pyramid scheme, Aguttes does not think the final bids will reach the prices paid by the investors. Losses for many works could reach 80-90 percent, Aguttes said.

"They are going to lose money indeed," the auctioneer said. But, since the manuscripts do exist, "they are not going to lose everything," he added.

The flagship work of the first auction will be the Marquis de Sade's manuscript, a 12-meter-long scroll made up of 33 sheets pasted end to end and covered on both sides with fine and legible handwriting. Its value has been estimated at between 4 million to 6 million euros ($4.7 million-$7.1 million.)

Another major work at the December auction will be the original 1924 manuscript for the first "Surrealist Manifesto." Written by French writer Andre Breton, it is considered the founding text of one of the most significant literary and artistic movements of the 20th century. The document is part of a set of Breton's works that has been valued at 5 million to 6 million euros ($5.9 million-$7.1 million.)

The Titanic testimony written by survivor Helen Churchill Candee has been cited as a source of inspiration for the heroine Rose in James Cameron's film "Titanic."