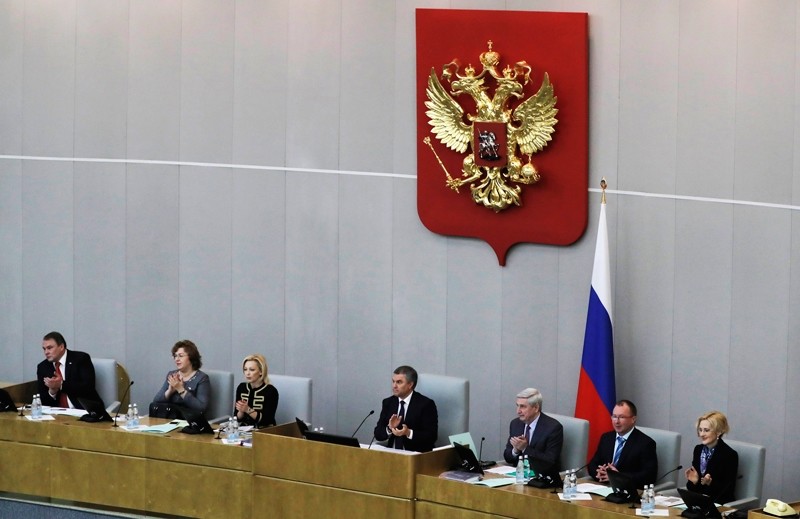 Russia on Thursday named nine U.S. government-sponsored news outlets likely to be labeled "foreign agents" under a new law that is being rushed through parliament in response to what Moscow says is unacceptable U.S. pressure on Russian media.

Russia's lower house of parliament approved the law - allowing Moscow to force foreign media to brand news they provide to Russians as the work of "foreign agents" and to disclose their funding sources - on Wednesday.

The legislation needs approval from the upper house of parliament, which is likely to happen next week, and the signature of President Vladimir Putin before it becomes law.

The Russian Justice Ministry on Thursday published a list of nine U.S.-backed news outlets that it said could be affected by the changes, which it said in a statement on its website were likely to become law "in the near future."

It said it had written to the U.S. government-sponsored Voice of America (VOA) and Radio Free Europe/Radio Liberty (RFE/RL), along with seven separate Russian or local-language news outlets run by RFE/RL.

One of the seven outlets provides news on Crimea, which Russia annexed from Ukraine in 2014, one on Siberia, and one on the predominantly Muslim North Caucasus region. Another covers provincial Russia, one is an online TV station, another covers the mostly Muslim region of Tatarstan, and the other is a news portal that fact-checks the statements of Russian officials.

Russia's broadside against U.S. media is part of the fallout from allegations that the Kremlin interfered in the U.S. presidential election last year in favour of Donald Trump.

The Kremlin denies meddling in the election and has said the restrictions on Russian broadcasters in the United States amount to an attack on free speech. The new media law in Russia is retaliation, it says.

The draft legislation states that Russian authorities can designate foreign media as "foreign agents", making them subject to the same requirements that are applied to foreign-funded non-governmental organisations under a 2012 law.

Under that law, "foreign agents" must include in any information they publish or broadcast to Russian audiences a mention of their "foreign agent" designation.

They also must apply for inclusion in a government register, submit regular reports on their sources of funding, on their objectives, on how they spend their money, and who their managers are.

They can be subject to spot checks by the authorities to make sure they comply with the rules, according to the 2012 law, which has forced some NGOs to close.

RFE/RL said in a statement it did not want to speculate what steps Russia might take against it next, and looked forward to continuing its journalistic work. VOA Director Amanda Bennett has said the station remains committed to providing independent news to global audiences.