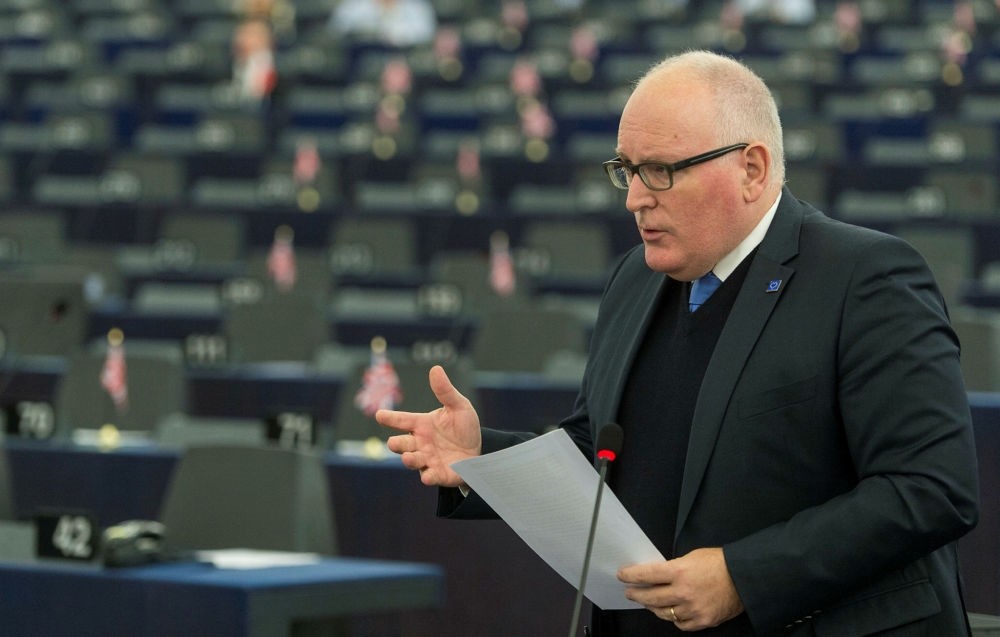 European Parliament is urging legal proceedings against Poland in order to activate Article 7, which regulates the suspension of many rights, in particular the removal of voting rights of EU member state

The European Commission on Wednesday voiced fresh concerns over Poland's plans to reform its courts and EU lawmakers accused Warsaw of promoting intolerance, reflecting deep fears for the rule of law in the country.

The European Commission's deputy head, Frans Timmermans, told the European Parliament on Wednesday that even the draft laws proposed by Duda - which would row back somewhat from the options for direct government interference in the judiciary envisaged in the original PiS bills - were not acceptable.

The Polish foreign ministry rejected the criticism from Timmermans and the European Parliament, accusing them of stigmatizing an EU member state. Poland's Foreign Ministry, in a written statement on its website, said the European Parliament's resolution "comes at a very inopportune moment, when the parliamentary stage of the legislative process has only just begun in Poland."

"We respect the right of the European Parliament, as the EU's representative body, to express its own views. Having said that, the EP resolution is a one-sided document that is too often based on political assessments, while making too little use of in-depth legal analysis. Such an approach is detrimental to the process of European integration as it only leads to stigmatizing a member state," the statement said, as reported by Anadolu Agency (AA).

Hungary reacted to the resolution, describing it as "scandalous" and "disgraceful." "Hungary stands with Poland and it is not even possible to accept the decision," said the country's deputy Prime Minister Zsolt Semjen, cited by the Hungarian News Agency. "Hungary will block it," he added.

EU lawmakers voted by 438 to 152 against to demand that the 28 member states punish Warsaw by triggering Article 7 of the EU treaty, a procedure that could lead to Warsaw losing its voting rights in the bloc. Such a move is highly unlikely as it requires unanimity and Poland's ally Hungary, whose right-wing government is also under fire from Brussels, has promised to block any sanctions. A more likely punishment would be reducing the generous development funds Poland receives from the EU.

Poland's nationalist, socially conservative ruling party, Law and Justice (PiS), in power since late 2015, is at loggerheads with the EU over its push to bring the courts and state media under more direct government control, as well as over migration and the logging of a primeval forest. PiS says the court reforms are needed for Poland's moral renewal and accuses the EU of heavy-handed meddling in the country's affairs. Critics say the changes threaten judicial independence and spell an erosion of democratic standards. PiS-allied President Andrzej Duda unexpectedly vetoed two of the government's judicial reforms in July and presented his own version of these draft laws, infuriating PiS leader Jaroslaw Kaczynski and precipitating a power struggle in the ruling camp.