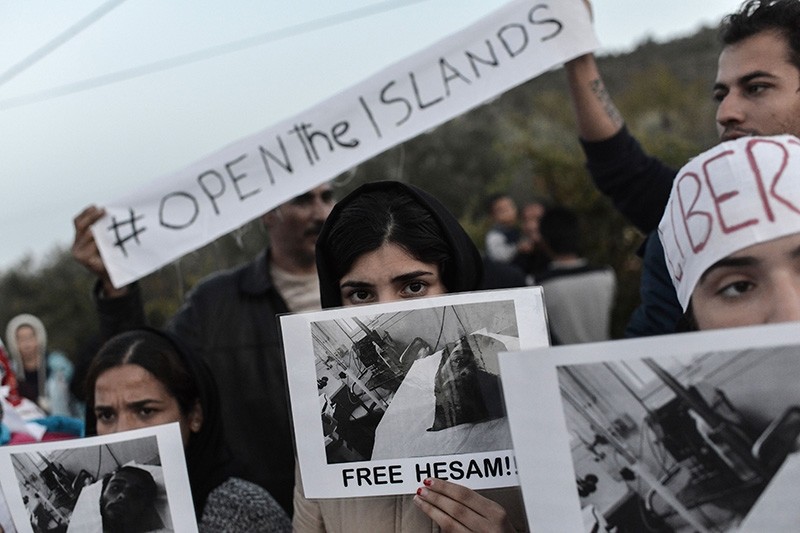 Refugees and migrants protest outside the Moria detention center in Mytilene on November 14, 2017, demanding to be released from the Greek island of Lesbos. (AFP Photo)
by Associated Press
Nov 17, 2017 12:00 am

Authorities on the Greek island of Lesbos have called a strike and are urging residents to take part in anti-government protests to press for a change a European Union policy of containment of refugees and migrants on Greece's islands.

In a statement, the island's municipality called the strike for Monday against the policy of turning Lesbos into an "island prison."

Greece's government and the EU have ignored pleas from the mayors of Lesbos, and the nearby islands of Chios, Samos, Leros and Kos, to allow more migrants to travel to the Greek mainland, resulting in major overcrowding at island facilities.

More than 8,000 migrants and refugees are stranded on Lesbos, where the reception capacity in 1,500.