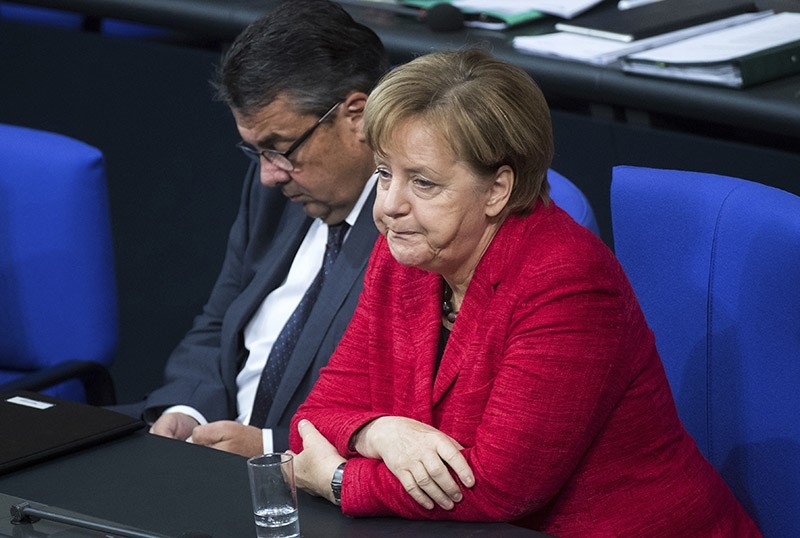 Half of Germans are in favor of calling a new election after Chancellor Angela Merkel failed to reach a deal to form a new coalition with two other parties, while a fifth back forming a minority government, an opinion poll showed on Wednesday.

The poll, conducted by INSA for the Bild daily, showed 49.9 percent favoring another election.

It also showed 48.5 percent think the center-left Social Democrats (SPD) are right to rule out joining a new "grand coalition" with Merkel's conservatives, which only 18 percent would favor. The SPD lost ground in the September election after sharing power with Merkel for the last four years.

The collapse of talks between Merkel's conservative bloc, the pro-business Free Democrats (FDP) and environmentalist Greens has thrown Germany into political uncertainty and raised the prospect of new elections.

The poll showed that 28 percent blame FDP leader Christian Lindner for the failure of the talks, followed by 27 percent, who blame Merkel, while only 13 percent blame Greens leader Cem Özdemir.

Four out of 10 people polled say Merkel should run again as chancellor if new elections are called, while 24 percent would prefer another candidate for her Christian Democrats (CDU), although there is little consensus on who that should be.

However, the poll showed that a new election would bring little change to the results of the September vote, with the CDU down slightly on 30 percent, the SPD steady on 21 percent, the Greens on 10 percent and the FDP on 11 percent.