Merkel battles to stay in power, calls for new elections 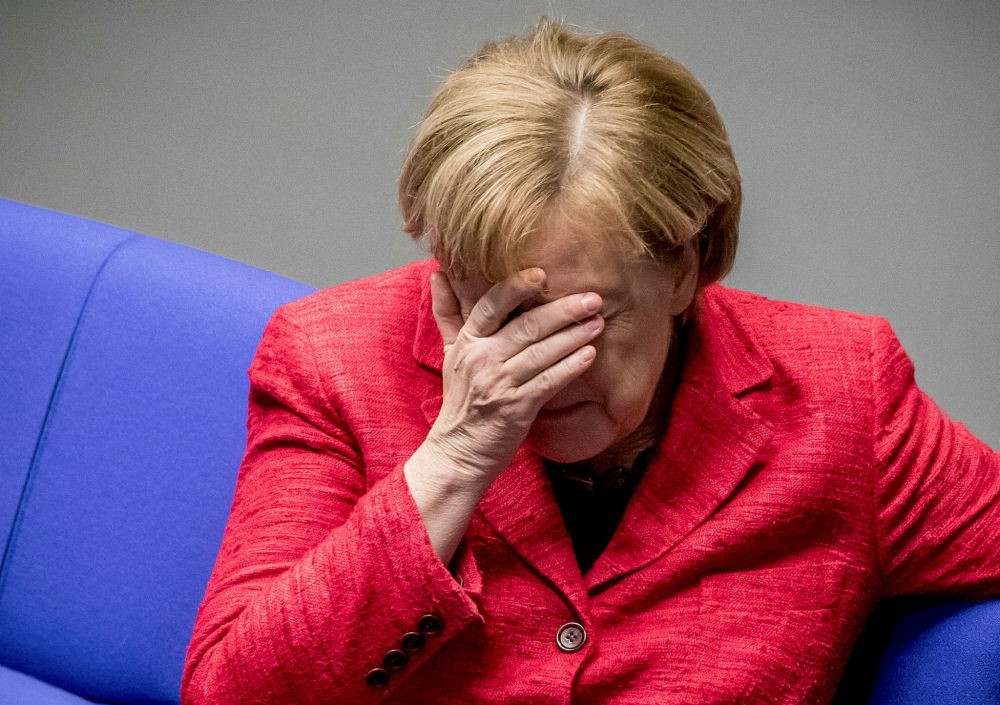 Amid ongoing efforts to press parties to compromise for stability, German Chancellor Merkel is looking to new elections instead of trying to stay in power as part of a minority government

German Chancellor Angela Merkel said she would prefer new elections to leading an unstable minority government as the country struggles to emerge from crisis after coalition talks collapsed.

Speaking on public television, Merkel said she never considered standing down as chancellor following the failure of coalition talks between her conservative political bloc, the environmental Greens and the pro-business Free Democrats (FDP).

She said she preferred to hold early elections rather than form a minority government with her battle to forge a new coalition coming in the wake of the September election when her political bloc suffered its worst result since 1949.

A survey mounted after the collapse of the talks by Berlin pollsters Forsa found that 45 percent of voters were in favor of early polls, the Deutsche Presse-Agentur (dpa) reported.

German President Frank-Walter Steinmeier met the leaders of the nation's pro-business Free Democrats (FDP) and the environmental Greens in a bid to end the country's political crisis triggered by the collapse of coalition talks.

Chancellor Angela Merkel's right-hand man, Peter Altmaier, appealed to political parties yesterday to decide in the next three weeks whether they can form a stable government and drag Germany out of a political impasse, as reported by Reuters.

The collapse of talks between Merkel's conservative bloc, the pro-business Free Democrats (FDP) and environmentalist Greens has thrown Germany into political uncertainty and raised the prospect of new elections.

FDP's shock decision to withdraw from a potential three-way alliance has thrown the government of caretaker chancellor Angela Merkel into chaos, leaving her with only bad choices: wooing reluctant coalition partners back to the table, running a minority government, or facing new elections. Until a government is agreed, Merkel continues as acting chancellor and previous ministers remain in post.

It has also cast some doubt over whether Merkel, Europe's most powerful leader after 12 years in office, will serve a fourth term after her conservatives bled support to the far-right in a Sept. 24 election, though still won the most seats.

Sitting in the glass-domed lower house of the German Bundestag for the first time were lawmakers of the far-right Alternative for Germany (AfD), the anti-immigration, anti-Islam and anti-Merkel protest party that is at the heart of the crisis.

Its entry into parliament in Sept. 24 elections with almost 13 percent of the vote cost Merkel's conservatives and other mainstream parties dearly, further fragmented the party political landscape and made it harder to gain a parliamentary majority.

Merkel's headache was compounded when her former junior coalition partners, the center-left Social Democrats (SPD), scored a dismal election result and vowed to go into opposition, a decision they have so far refused to budge from.

Many in the SPD fear they would be committing political suicide to start another four-year term with Merkel, who is herself still popular.

Altmaier pointed the finger at the SPD, saying the conservatives stood by their responsibility to ensure Germany has a stable and reliable government.

"Like 'Made in Germany', we are known for having a stable and reliable government. ... We must give the SPD a chance to think [about their responsibility]," he said.