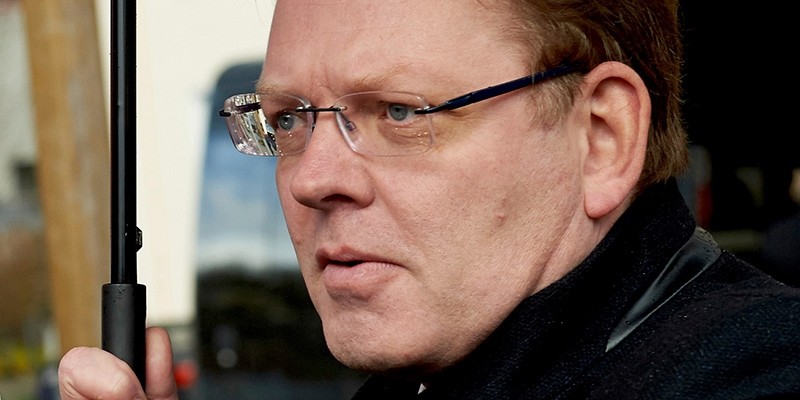 The conservative mayor of a small town in western Germany who is known for his liberal migrant policy was stabbed in the neck at a snack stand on Monday evening and seriously hurt.

A man who witnessed the attack in the town of Altena told German television that a man, probably under the influence of alcohol, stabbed the mayor in the neck with a 30 cm long knife while shouting criticism of his asylum policy.

"The security authorities believe that there was a political motive to this attack," said Armin Laschet, premier of the state of North Rhine-Westphalia.

The attacker was arrested and state prosecutors in Hagen are investigating attempted murder, media reported. No one was immediately available at the prosecutors.

The 57-year old mayor, Andreas Hollstein, who has written a book about his fight against the far-right, was badly hurt but was treated in hospital and has said he is back home with his family.

Under his leadership, the town of Altena has taken in more refugees than it was allocated.

Chancellor Angela Merkel and many other politicians have expressed their shock at the attack.

"I am horrified by the knife attack on the mayor Andreas Hollstein — and very relieved that he can already be back with his family. Thanks also to those who helped him," Merkel said via her spokesman on Twitter.

The attack is reminiscent of the stabbing two years ago of a candidate for mayor of Cologne, Henriette Reker, in an anti-refugee attack. She was seriously hurt but went on to win the election and become mayor.