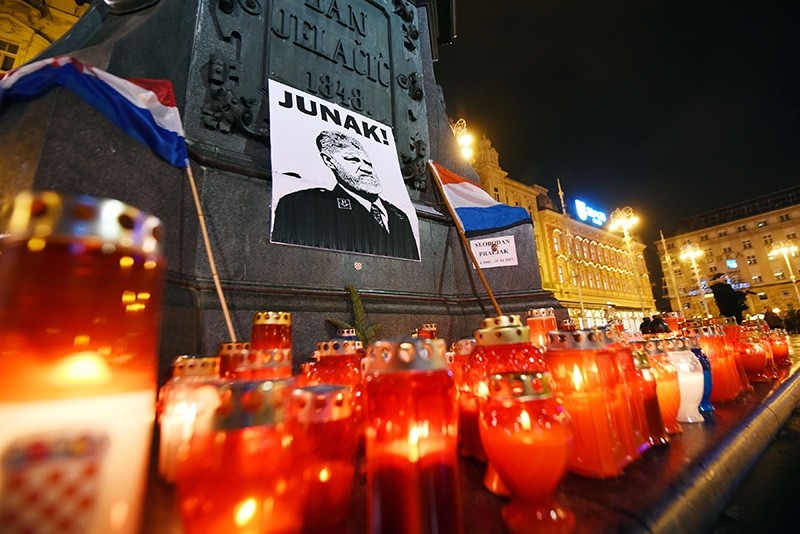 Dutch prosecutors said Friday they had begun an autopsy on Bosnian Croat war criminal Slobodan Praljak who died after drinking a deadly liquid in front of UN judges.

"The autopsy began this morning," a spokesman for the Dutch prosecution service Vincent Veenman told AFP.

"Two Croatian experts are there as observers at the request of the ICTY," he said, adding "we don't know when we will have the results".

The autopsy is being carried out at the Netherlands Forensics Institute in The Hague, billed as one of the world's leading forensics laboratories.

The tribunal said its review was meant to complement the ongoing investigation of Praljak's death by Dutch prosecutors.

The announcement came after Croatia's justice minister called into question whether security and medical staff at the tribunal in the Netherlands responded quickly enough Wednesday when Praljak, 72, raised his trembling right hand to his lips and drank from a small bottle.

The stunning act came just seconds after an appeals judge had confirmed much of Praljak's conviction and his 20-year sentence for war crimes and crimes against humanity during the 1992-95 Bosnian war. He was the commander of Bosnian Croat military forces.

Dutch prosecutors have confirmed that the bottle contained a toxic chemical, but have not identified the liquid. It remains unclear how Praljak got the bottle and managed to smuggle it into the courtroom.

The tribunal's review will begin next week and be led by Hassan Jallow, a former prosecutor with the U.N.'s Rwanda war crimes tribunal. It aims to file a report by Dec. 31, when the tribunal formally closes its doors, having completed all its cases.

The court says Jallow "is mandated to undertake an assessment of relevant existing procedures as well as make any recommendations which may assist other courts in the future."

Tribunal spokesman Nenad Golcevski said it is not the first time such a probe has been ordered by the court.

"Similar internal reviews have been initiated, for example, after the death of Slobodan Milosevic," Golcevski said, referring to the former Yugoslav president who died in his tribunal cell in 2006 before judges could deliver verdicts in his trial.