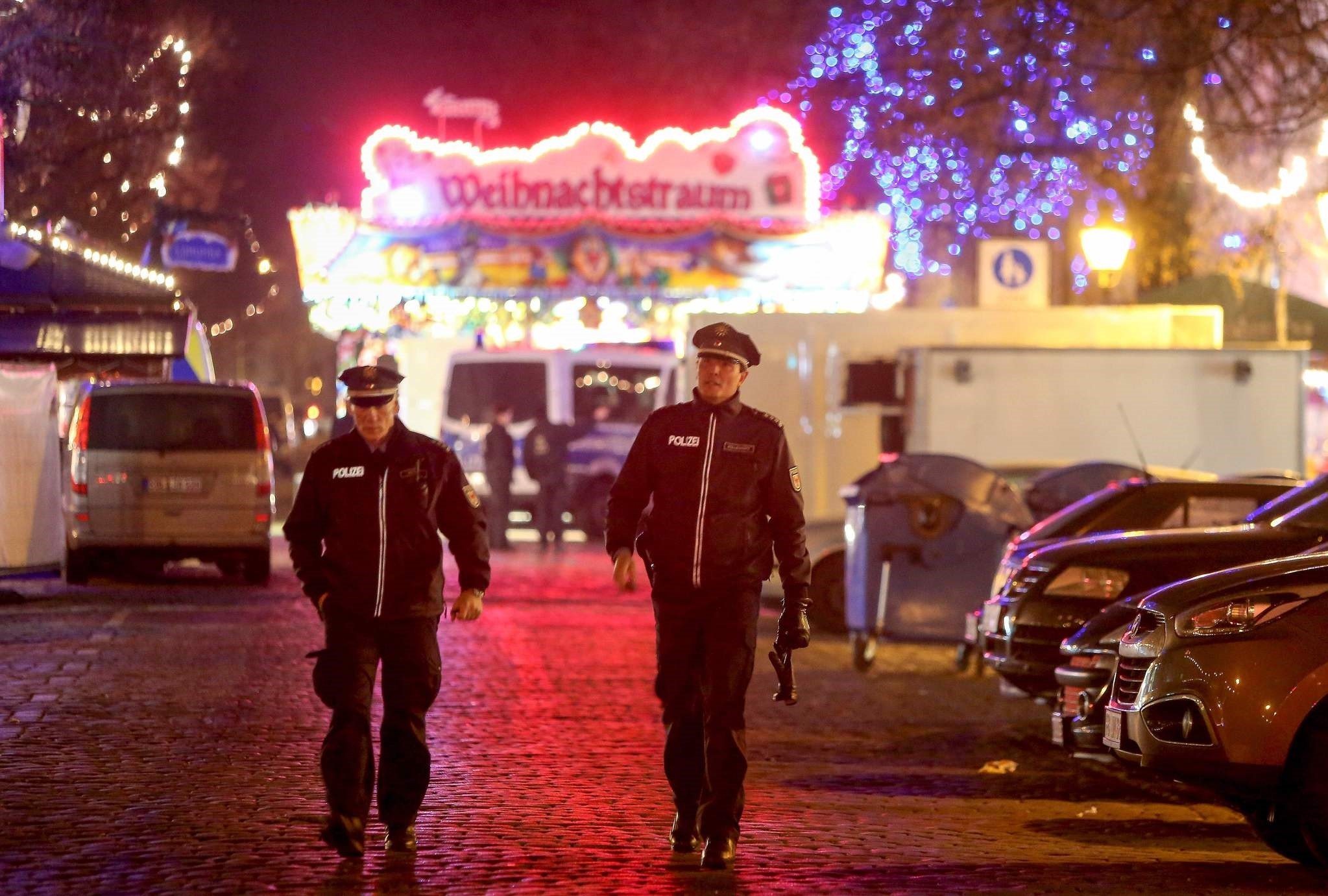 Police patrol the area after an explosive was found at Christmas market in Potsdam, near Berlin, Germany on December 1, 2017. (AFP Photo)
by Compiled from Wire Services Dec 02, 2017 12:00 am

German police have increased their presence at a Christmas market in the city of Potsdam a day after the market was evacuated because of a bomb scare.

Officers destroyed a suspicious package containing nails and an unidentified powder in a controlled explosion Friday.

Authorities said Saturday they were still looking for the sender of the package, which didn't appear to be a viable device.

The package was delivered Friday to a pharmacy on the same street as the Christmas market in downtown Potsdam near Berlin and it wasn't clear if the store or the market was being targeted.

After initial reports that it was an explosive device, local authorities said the cylindrical canister was filled with nails and powder, batteries and wires -- as well as a powerful firework of a type not allowed in Germany -- but there was no sign of a detonator inside.

It is not yet clear if the Christmas market was the target, or only the pharmacy.

The market was only partially evacuated on Friday and will reopen as normal on Saturday with a stronger police presence, the spokesman said.

Germany has been on high alert for possible terrorist attacks after last December's deadly assault at a Christmas market in central Berlin.

The attacker, Tunisian asylum seeker Anis Amri, hijacked a truck and murdered its Polish driver before killing another 11 people and wounding dozens more by ploughing the heavy vehicle through the market.

Four days later, while on the run, he was shot dead by Italian police in Milan.

The Daesh terror group claimed responsibility for the attack, as well as several others on German soil over the last two years.