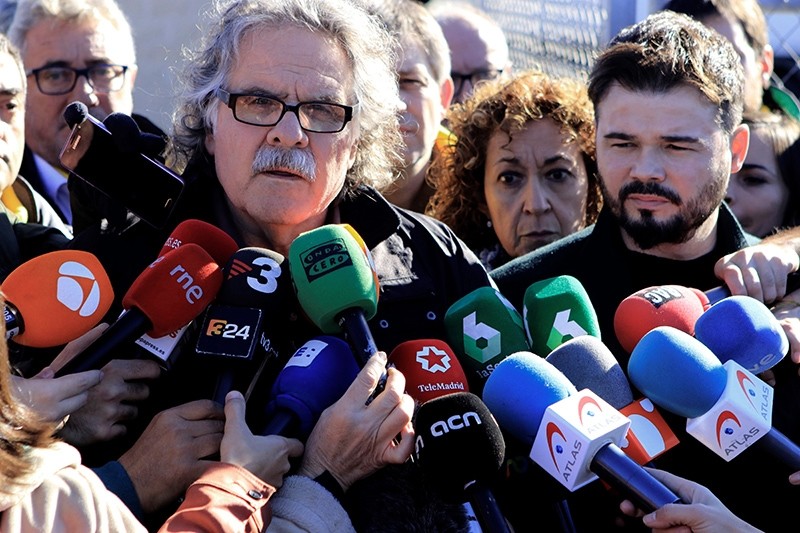 A Spanish judge on Monday ordered that four prominent members of the Catalan independence movement should remain in custody, including the No. 2 of the ousted regional government, who will campaign in a polarized regional election from a jail near Madrid.

The judge set 100,000-euro ($118,000) bail for the six other Catalan politicians who had been jailed in early November, and ordered their passports to be confiscated. The six were expected to leave jails near Madrid later in the day.

Meanwhile, Catalan ex-president Carles Puigdemont and four of his separatist allies heard that they will be judged on whether they can be extradited from Belgium to Spain on Dec. 14, exactly one week before the election.

The group is refusing to return to Spain to face rebellion, sedition and embezzlement charges that can be punished with decades in prison under the country's criminal laws.

Puigdemont's defense lawyer, Paul Bekaert, insisted that the Spanish charges weren't punishable in Belgium and thus there were no grounds for extradition.

"We also highlighted the danger for the impediment of their human rights in Spain," he said.

Whatever decision is made on Dec. 14, two appeals will be possible and a final ruling could well only come only after the Dec. 21 election called by Spain's central authorities, in which Puigdemont is leading his party's campaign.

The early election is an attempt to find a democratic way out of the nation's worst crisis in nearly four decades. But the vote is shaping up as a plebiscite between those for and against independence, with polls predicting a close race between the two camps.

Adding to the uncertainty, a Supreme Court judge decided Monday to uphold the preventive jailing of ousted Catalan vice president Oriol Junqueras, who tops the ticket for the left-republican ERC party.

ERC was part of the former Catalan ruling coalition with Puigdemont's conservative party but is leading the polls before the new election.

Junqueras and the other jailed politicians pledged last week to give up on efforts to seek unilateral independence for the wealthy northeastern region, in the hope of being freed.

But judge Pablo Llarena said in his decision on Monday that it remains to be seen if Junqueras' pledge to abide by Spanish law is "truthful and real."

The magistrate also upheld custody orders without bail for the former regional interior minister, Joaquim Forn, and the leaders of Assemblea Nacional Catalan and Omnium Cultural, the two Catalan grassroots groups that have been the main drivers of the separatist bid in Catalonia.