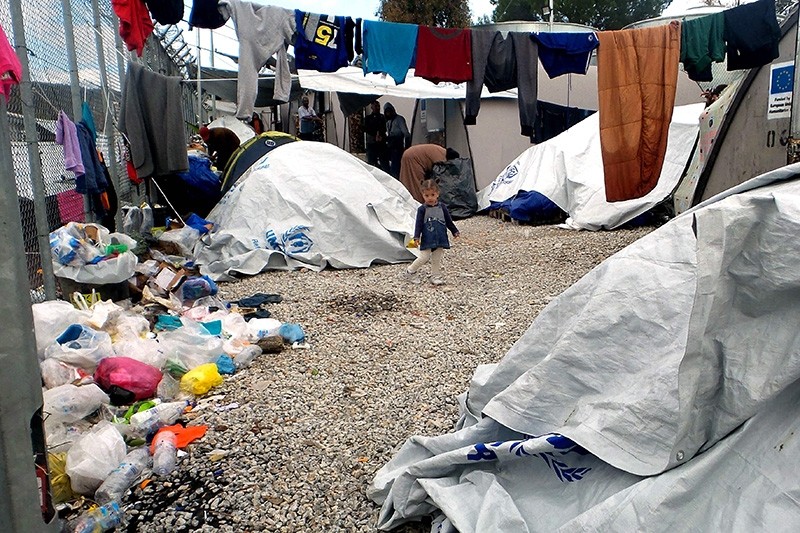 Mayors and residents of Greece's Aegean islands, which are sheltering more than 15,000 refugees and migrants, on Tuesday called for the government to relocate people from overcrowded camps into centers on the mainland.

Galinos said they wanted to force Athens to listen to the islanders, but also convey that migrants are living "in unsuitable accommodation" and that their lives are "in danger from the elements."

The Moria camp on Lesbos, the largest in the Aegean, is now the size of a small town, with more than 6,500 people occupying a facility built to handle 2,300.

Some people have been forced to sleep in flimsy tents outside the enclosure.

"We are working non-stop to manage the situation, but there needs to be immediate relocation".

Aid groups have warned that transferring refugees to heated accommodation before winter is a matter of life and death.

The Greek government grants asylum to refugees who have passed arduous background checks, allowing them to travel to the mainland. Vulnerable cases such as unaccompanied minors and elderly persons are also more easily approved.

But Athens says it is wary of moving large numbers of asylum seekers to the mainland, arguing it would simply send the message to people smugglers to ferry more people over.

They also accuse local mayors of hampering efforts to create additional space on the islands or to rent hotel rooms.