Mogherini: Who does the EU call if it wants to call Washington? 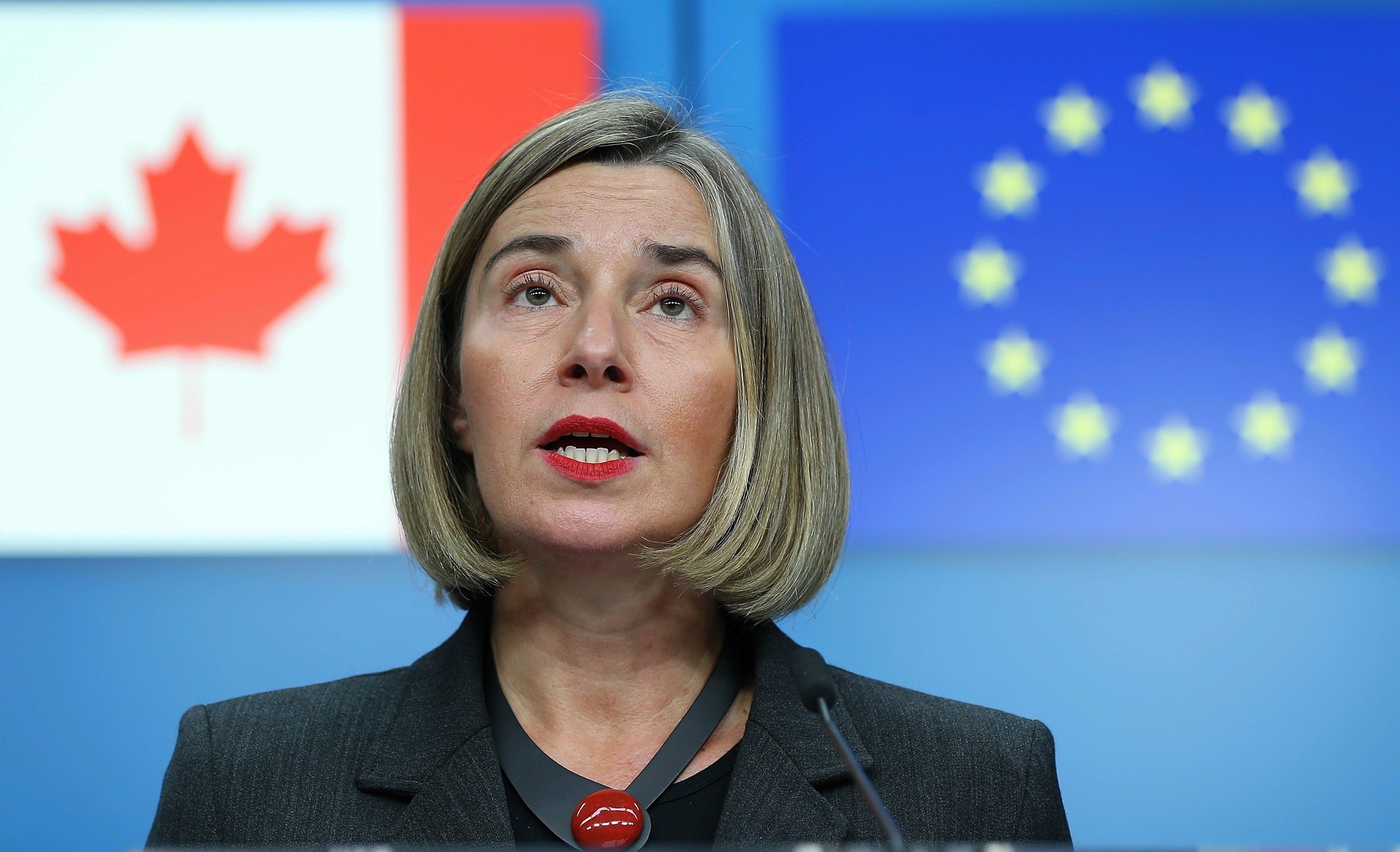 Answering Euronews's question on how the EU "keeps up dialogue with the current U.S. administration which relies on Twitter diplomacy," Mogherini said the bloc is in contact with the U.S. "on all levels and with one voice."

"Sometimes I think of Henry Kissinger's joke: Who do I call if I want to call Europe? Now the U.S. has Europe's number but it's our turn to ask, who we call if we want to call Washington! But we often talk and we're still working well together on a number of issues," Mogherini said, according to Anadolu Agency (AA).

Since U.S. President Donald Trump's election, there are major differences between Washington and Europe on a number of key policy areas, notably the Iran nuclear deal, which Trump has vehemently condemned but which Brussels is desperate to preserve.

Washington's traditional allies in Europe were at first cautious in their approach to Trump, hoping he would mellow as he grew into the Oval Office role. But they were outraged with Trump's intention to withdraw from the Iran deal, and united in their response.

"You do not dismantle a nuclear deal that works. It's a question of priority for the security of Europe and the whole region. President Trump has announced a U.S. strategy on Iran that casts doubt on the deal, and we have reminded our American friends that the deal does not belong to one state or another but that it is a U.N. Security Council resolution and that we expect all parties to fully respect it," she said.

But if the U.S. and EU can present a unified front on North Korea, the deal with Iran to end the Islamic republic's nuclear program in return for the lifting of sanctions is more problematic.
Trump has slammed the historic 2015 accord, agreed after years of painstaking talks between Iran and the United States, Britain, France, China, Germany and Russia, as a bad deal and threatened to pull the U.S. out. European powers are keen to maintain the deal and Mogherini last month traveled to Washington to lobby U.S. lawmakers not to withdraw from the agreement.

U.S. Secretary of State Rex Tillerson met with EU foreign ministers in Brussels today for talks, as reported by AFP. Amid strained ties due to Trump's America first policy, Tillerson, Mogherini and the ministers discussed how to boost transatlantic cooperation on major global challenges. Tillerson's visit to Brussels comes at the start of a European tour to Paris and Vienna for the 57-member Organization for Security and Cooperation in Europe (OSCE).