Village in eastern Germany sells for 140,000 euros at auction 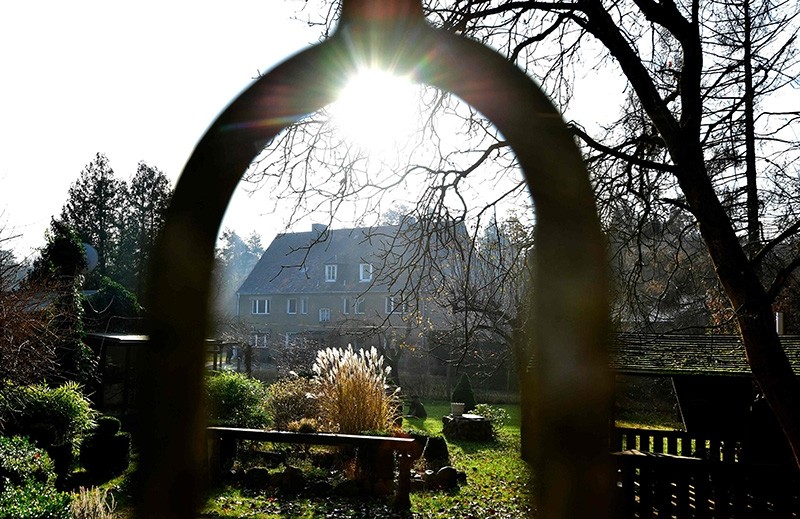 A house is pictured in Alwine, a splinter settlement of the town Uebigau-Wahrenbrueck, eastern Germany, on November 30, 2017. (AFP Photo)
by Compiled from Wire Services Dec 09, 2017 12:00 am

The tiny hamlet of Alwine in the German state of Brandenburg was sold at auction in Berlin on Saturday, fetching a price of 140,000 euros (164,720 dollars).

An anonymous buyer, via telephone, put in the auction's sole bid for the settlement, which is located in the middle of a forest and is currently home to 15 tenants.

Up for auction was the entire 16,000-square-meter settlement, including a looping village street, nine residential buildings, several outbuildings and 10 sheds and garages. The minimum bid was set at 125,000 euros.

"Many interested parties have inquired with us, including from abroad," said Matthias Knake of the Karhausen auction house. The residences are modestly equipped and have stove heating. Some of the buildings have moisture damage and damage to their facades.

In 2000, the hamlet was sold to private investors for one "symbolic Deutschmark," the pre-euro German currency.

The two brothers who were the original buyers of its dozen buildings, plus sheds and garages, did not manage to stop its slide into neglect.

During World War II, the Hitler Youth trained around Alwine and prisoners of war were incarcerated nearby. Then the Iron Curtain went up and it became part of Germany's communist East.

Until Germany's 1990 reunification, all the property in Alwine, which once counted about 50 residents, was owned by a nearby coal briquette plant, the oldest in Europe. The plant closed in 1991 and many people left as the work dried up.

Alwine is not the only such community in eastern Germany, which still lags behind the west in prosperity, wages and jobs with a per capita GDP that was only 67 percent of that in western states in 2015.

Between 1990 and 2015, the eastern region's population fell by about 15 percent, according to a government report this year.

"After reunification, many people moved away for jobs," Hildegard Schroeteler-von Brandt, a professor of architecture and urban studies at Siegen University, said before the sale.

"These jobs have not been replaced everywhere in East Germany."

Andreas Claus, the mayor of Uebigau-Wahrenbrueck of which Alwine is a part, said: "People in economically underdeveloped areas feel left alone with their problems."

During the elections in September, nearly 23 percent of Uebigau-Wahrenbrueck voted for the far-right Alternative for Germany (AfD) party, nearly twice the national average.