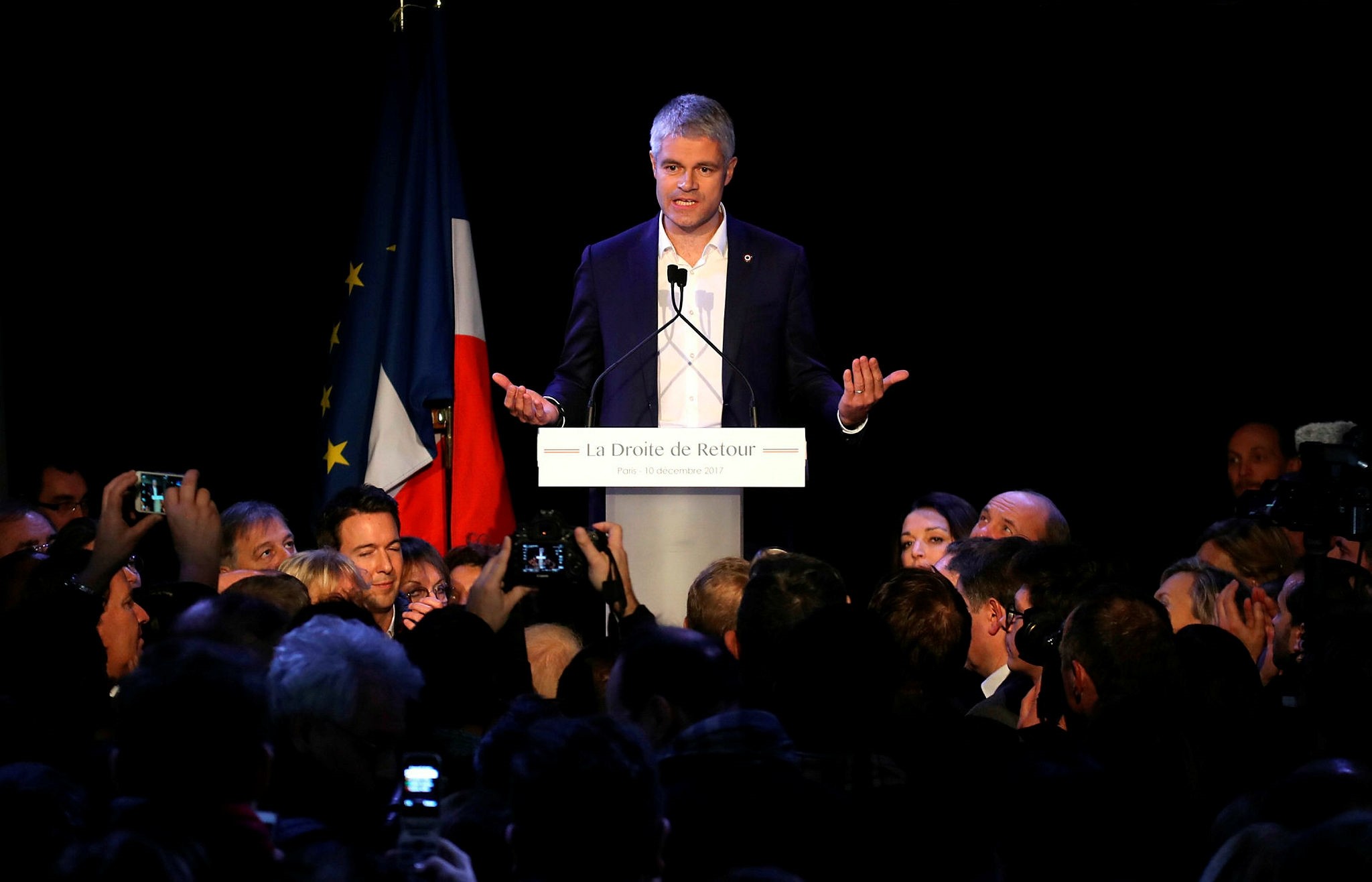 Conservative regional president Laurent Wauquiez has been elected leader of France's main center-right opposition party, as it marks a swing to the right after a poor performance in the most recent parliamentary and presidential elections.

Les Républicains voted on Sunday evening by 74.6 per cent to have the 42-year-old Wauquiez head the party, which had been rudderless since its scandal-hit candidate Francois Fillon crashed out in the first round of the presidential election in April.

Wauquiez achieved an absolute majority in the first round of voting according to preliminary results, thereby avoiding the need for a run-off.

With President Emmanuel Macron pushing pro-business reforms and appointing centre-right figures as prime minister and economy minister, Les Républicains have split over whether to support him on a case by case basis or stick to outright opposition.

Wauquiez has said that his party has to clearly differentiate itself from Macron and his policies and be "truly right-wing." He is also a eurosceptic.

Wauquiez, the president of the Auvergne-Rhone-Alpes region, was up against the more centrist Mael de Canan, 37, and Fillon's former spokeswoman Florence Portelli, 39, for the party leadership.

He has proved a controversial figure, with more centrist politicians fearing he will pull the party too far to the right for it to be able to attract voters.

More centrist Les Républicain politicians as well as the party's allies recall his refusal to call for a vote for Macron against far-right leader Marine Le Pen.

Jean-Christophe Lagarde, leader of the centrist UDI, said his grouping's long-standing alliance with Les Républicains could not continue with Wauquiez as leader, accusing him of "an obsession with identity and an anti-European approach."

Wauquiez denies being on the "hard right," saying he stands for the middle class and for a European Union with differing levels of integration that respects state sovereignty.

He argues that Europe must stand up for "its values and its civilization," but says there is no room in the party for anyone seeking an alliance with the National Front.

Le Pen last month accused Wauquiez of hypocrisy, saying he "cannot sincerely say the same things as us, sometimes in harsher language than we do, and at the same time say we should be banished from politics."