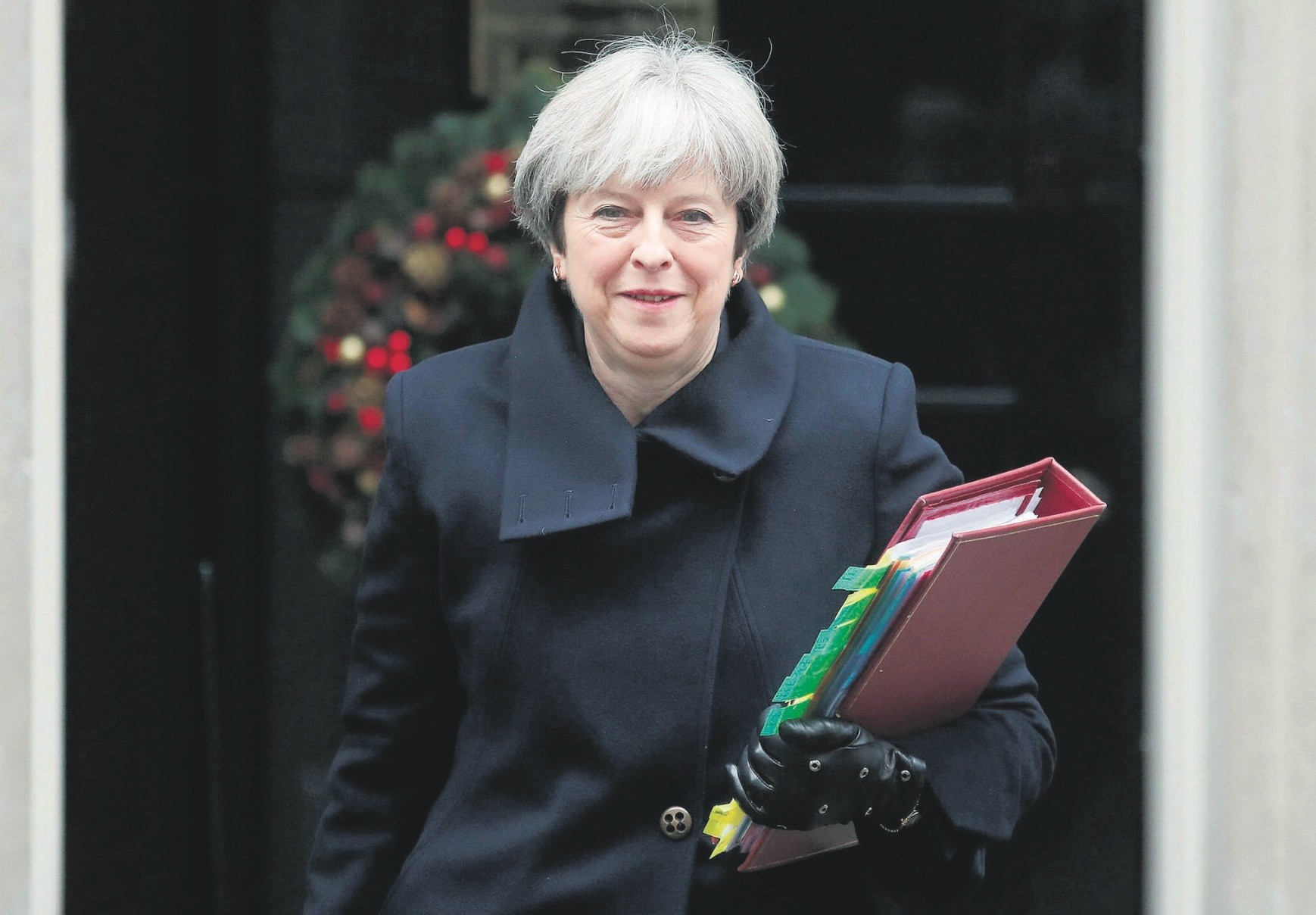 Britain could remain closely aligned with the rules of the EU's single market under its initial withdrawal deal with Brussels, a move that has critics worried about heading toward a soft Brexit

If European leaders' meeting next week signs off as expected on the 15-page document, which is set to form the basis of any final withdrawal agreement, negotiations can move on to the post-Brexit relationship.

However, the deal's commitment to maintaining an open Irish border has sparked debate in Britain over whether it offers an unexpected backdoor to closer ties with the European single market than previously envisaged.

London's Evening Standard newspaper, edited by former finance minister George Osborne, swiftly concluded it "should be welcomed by all those who want a softer Brexit."

Noting the incompatible demands from Dublin, Belfast and Brexiteers, it added the deal will "kick the can down the road, leaving the contradictions to be confronted later."

British Prime Minister Theresa May has insisted Britain will leave Europe's customs union in order to forge free trade deals around the world - considered a red line for Brexiteers in her Cabinet and the Conservative party.

She needs their support - and especially Northern Ireland's pro-Brexit Democratic Unionist Party members - to remain in power and pass any withdrawal agreement in parliament.

While the deal stipulates that regulations remain consistent across Britain, it also states there will be no return to a hard border between the Republic of Ireland - an EU member state - and Northern Ireland, a British province exiting the bloc with the rest of the United Kingdom.

This was a key demand of Dublin, which threatened to block progress on a Brexit deal without the commitment.

So, in the event of no trade agreement with the EU, Britain is committed to "maintain full alignment" with EU market rules which support cooperation on the Irish island under the terms of the 1998 Good Friday peace accord.

It would cover a wide range of areas including agriculture, education, environment, health, tourism and transport.

Pro-Brexit lawmakers have reacted cautiously to the initial deal, with Cabinet members rallying around May for securing prized trade talks.

Leading Brexiteer Michael Gove, the environment secretary, praised May's "tenacity and skill" Saturday while reiterating "nothing is agreed until everything is agreed."

He also said voters could reject the deal at the next general election if they dislike it, which was quickly interpreted as a tepid endorsement.

Nigel Farage Brexit's main figurehead and U.K. Independence Party Member of the European Parliament, was among the few lawmakers to speak out less filtered, calling the deal a "capitulation" and predicting more Conservatives would come out against it.

"I think what has simply happened is battle has been postponed," said Anand Menon, professor of European Politics at King's College London.

He added Brexiteers would not accept continued membership of the single market.

"They have done tactical retreats in this process but that would be a retreat too far," he said.

This would leave May - if she is still in charge - searching for a seemingly impossible compromise, stuck between a soft Brexit and a hard border.

"The Irish circle remains to be squared," added Menon.

Britain's Brexit Minister David Davis described the government's pledge to prevent any return to a hard border with Ireland after Britain leaves the EU as "a statement of intent" rather than a legally binding move.

Britain secured an initial deal to move Brexit talks to a second phase last week, by agreeing to terms on how much the country should pay to leave the EU, on citizens' rights and the tricky issue of Northern Ireland's border with Ireland, where London agreed to a fallback of regulatory "alignment" with the EU.