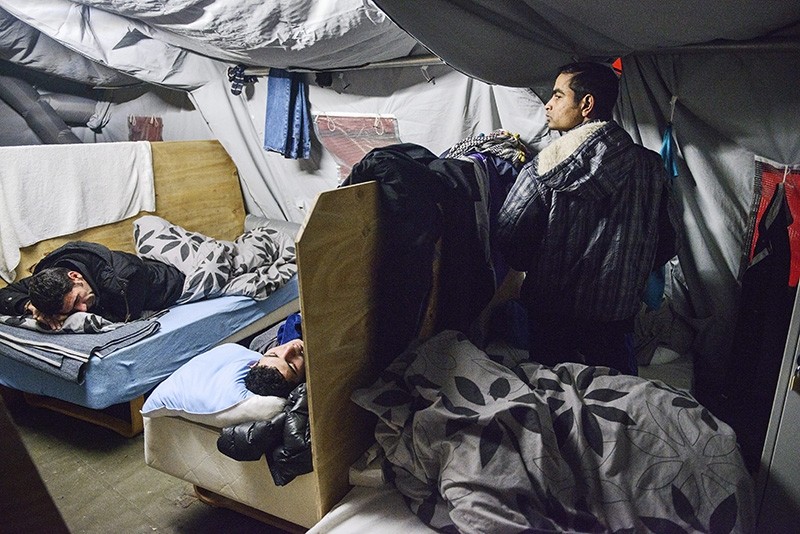 Demands from the nationalist Danish People's Party (DF) that Syrian refugees be sent home as soon as possible are threatening to bring down the country's center-right minority government.

The government depends on the right-wing DF to pass budget and tax legislation, although it is not a part of the ruling coalition.

DF is seeking tighter immigration rules in return for tax cuts. It wants to make it easier for authorities to revoke residence permits for refugees who fled from war once there is peace in their home countries.

Such a move, however, could violate international human rights guarantees, posing a problem for the government.

On Friday DF gave its backing to the 2018 fiscal budget, leaving broader negotiations on tax reforms and stricter immigration policies to be resumed after the New Year.

However, junior government partner Liberal Alliance said it wants to pass tax reforms along with the budget and would not support the budget in parliament unless a deal to cut taxes was agreed.

If LA does not vote to give the budget final approval, Rasmussen could be forced either to hand power to the Social Democrat-led opposition or to call a snap election. The final vote on the budget is on December 22.

"The government can bring itself down before Christmas if it actively works for it, it is possible," DF leader Kristian Thulesen Dahl told reporters on Tuesday.

"Of course it will have consequences if a government can't even vote for its own budget in parliament. The prime minister has to relate to that. It's his responsibility," Dahl said.

Prime Minister Lars Lokke Rasmussen, who was in Paris on Tuesday for a climate conference hosted by French President Emmanuel Macron, has expressed confidence that his government will vote in favour of the budget.

DF's proposal would impact the more than 10,000 Syrians that have sought asylum in Denmark since the beginning of 2015 under rules to protect people fleeing from war and not just refugees that are personally persecuted.

The proposed tightening comes on top of already strict policies for people with temporary residence permit that are not allowed to seek family reunification until after three years.

Refugees should be able to work or go to school while in Denmark, but those activities should not be targeted at integrating them into the Danish society or qualify them for permanent citizenship, DF said.