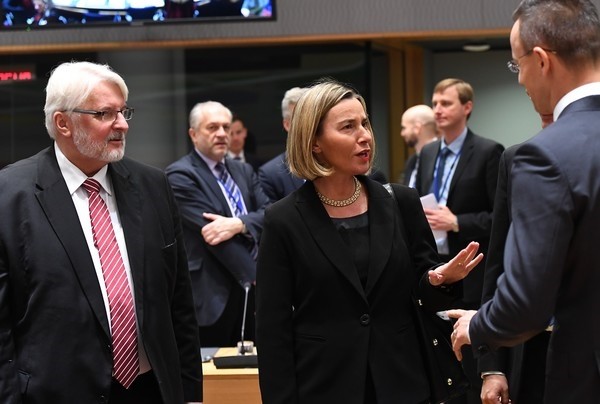 The European Council has approved the decision to establish PESCO, which envisages permanent cooperation in the field of defense and security after receiving joint notification by countries of their intention to participate

The European Council adopted a decision to establish permanent structured cooperation (PESCO) after 23 countries signed a notification of their intention to establish the cooperation last month. Ireland and Portugal also decided to join, according to dpa.

Participation in PESCO is voluntary for the EU's 28 member states, but only Denmark, Malta and Britain have opted out of the defense agreement. PESCO exists in addition to the NATO military alliance in which 22 of the EU's 28 countries are members. Countries that are not in the EU can also take part in specific missions, opening the way to possible participation by nuclear power Britain after it leaves the bloc in 2019, although it will have no role in decision-making.

Cooperation will begin with 17 projects, including establishing a medical unit, a logistics hub, a center for training missions and the development of common standards for military radio communication. New projects will require unanimous approval of all signatory countries, making agreement more difficult on contentious issues.

Signatory countries will be subject to an annual review to make sure they stick to their commitments and could be thrown out if they do not.

It is part of efforts led by Germany and France to reboot the European Union after Britain's shock decision to leave and follows the announcement in June of a 5.5 billion euro European Defense Fund. Paris and Berlin offered competing visions for the pact, with France pushing for a smaller group of countries to commit to ambitious projects, including possible foreign interventions such as in Libya or Mali. Germany wanted as many countries as possible to sign up, but for it to undertake more modest schemes, and Berlin's vision looks to have won the day.

According to Mogherini, PESCO, backed by the EU Defense Fund, "will enable member states to use the economy of scale of Europe and in this manner to fulfill the gap of output that we have." Similar efforts to deepen military links have been frustrated for decades, partly by Britain's fierce opposition to anything that might lead to a European military. But Brexit and Russia's illegal annexation of Crimea in 2014 has once again brought the need for a strong European security stance back into focus.The shift in U.S. policy under President Donald Trump, who berated European partners on military spending at a NATO summit in May, has also led many to question whether Washington can be relied upon to protect Europe as it has in the past.