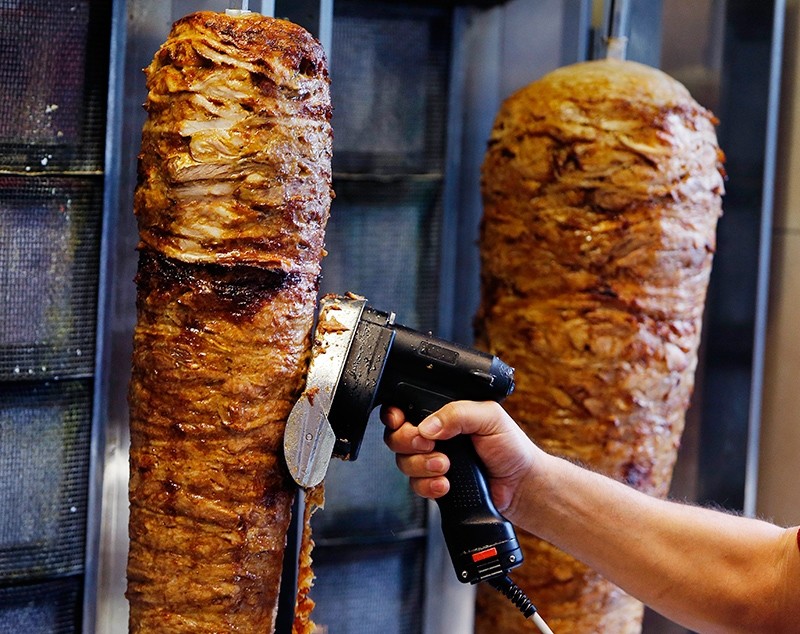 The European Parliament narrowly defeated plans to ban an additive that is considered key in industrial meats for the popular döner kebab.

Needing an absolute majority of at least 376 votes for a ban on phosphates, the legislature fell 3 votes short Wednesday.

The European People's Party (EPP) group, which opposed the proposal, said banning phosphates in kebabs "was unjustified since the food additive is used in other foods as well."

The use of phosphate in meat products is banned by EU regulations.

However, döner kebabs – defined by the EU as frozen vertical meat spits – were listed in this legislation. Therefore, the European Commission prepared a proposal to cover the Turkish cuisine.

The commission stated that the use of phosphates is a technological need "to bind the pieces of meat together, allow them to thaw and cook homogeneously on a spit."

However, the proposal triggered trouble in European Parliament last week when its health committee voted against it 32 to 22. The committee claimed the use of phosphate additives in kebab meat would lead to heart disease, although the commission found the evidence insufficient to prove any threat to consumers' health.

The decision had been hotly awaited by the Turkısh döner kebab industry, which says it needs the phosphates for to keep the frozen meat juicy, tender and tasty for consumption. Others argued that the phosphates were a health risk for cardiovascular diseases.

Speaking to Anadolu Agency on Tuesday, Kenan Koyuncu of the German Association of Döner Kebab Producers said tens of thousands of people are employed in the multi-billion euro industry in Europe.

Stating about 100,000 people are working in the $16.5 billion kebab industry, Koyuncu warned any decision would affect the whole economy.

The European Parliament said Tuesday that if the proposal fell "this would mean a regulatory status quo, where the use of phosphate additives would continue to be unauthorized in kebab meat".

"It would mean business as usual for the sector, and for consumers," the statement added.

The European Commission may submit new proposals on phosphate additives after the European Food Safety Agency releases a new study next year.