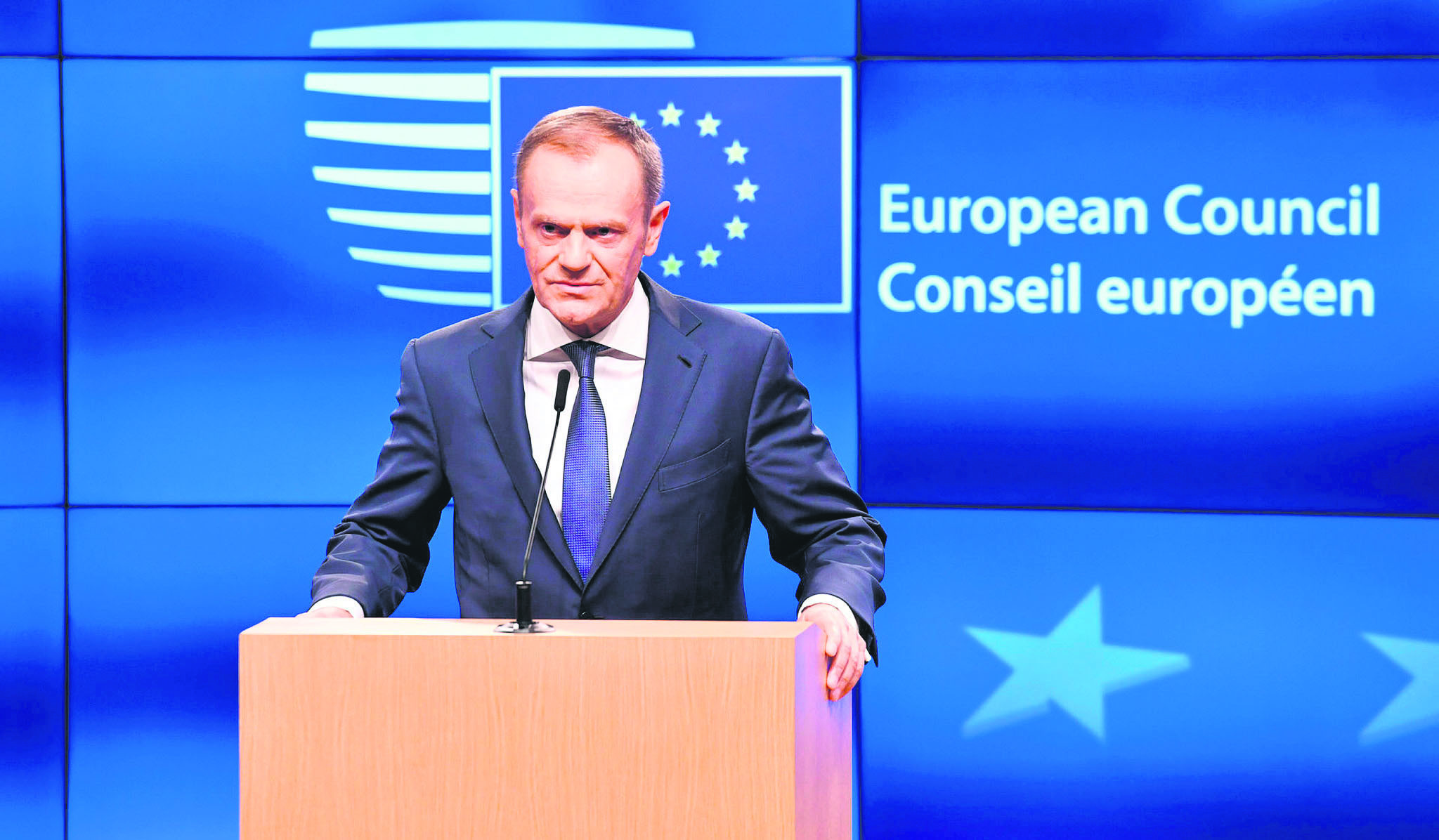 Ahead of the EU summit on migration, European Council President Tusk said the bloc's compulsory refugee quota is ‘ineffective,' signal to abandon the policy that has created bitter splits across the EU

European Council President Donald Tusk described the issue of mandatory migration quotas as "highly divisive" and "ineffective" on Tuesday, ahead of the two-day summit of EU leaders.

"The issue of mandatory quotas has proven to be highly divisive and the approach has received disproportionate attention in light of its impact on the ground. In this sense, it has turned out to be ineffective," Tusk said in a letter to council members.

While Tusk agreed that the EU's migration policy requires reform, he called on EU leaders "to find ways of combining responsibility and solidarity," and proposed settling the issue by June 2018.

The approach is likely to be unpopular with countries such as Italy, Greece, Sweden and Germany, which have been hosting a large number of migrants and refugees since 2015, and have been calling for more solidarity.

European Commissioner for Migration, Home Affairs and Citizenship Dimitris Avramopoulos slammed Tusk's comments, describing them as "unacceptable" and "anti-European." Avramopoulos said at a press meeting in Strasbourg, France that Tusk's letter "ignores all the work we have done during the past years."

"This letter is undermining one of the main pillars of the European project, the principle of solidarity," he added.

European Commission Chief Jean-Claude Juncker and other EU officials have long expressed frustration with the slow pace of relocation of asylum seekers aimed at helping to tackle the worst European migration crisis since World War II. More than a million migrants entered Italy and Greece in 2015.

EU member states are at loggerheads over how to reform migration policies, with the 2015 refugee relocation scheme -- introduced to help overburdened member states cope with an influx of people at the height of the migration crisis -- being particularly contentious.

The European Commission approved a plan two years ago to relocate 160,000 refugees in Italy and Greece to other countries, but only 30,000 people have been accepted by other countries so far.

Apart from Finland, Ireland, Lithuania, Luxembourg, Malta and Sweden, all countries' quotas were below 50 percent.

The Czech Republic, Hungary and Poland opposed the decision from the start, and have been taken to the European Court of Justice (ECJ) by the EU commission for refusing to comply. The European Union's executive will sue the three countries in the bloc's top court for their refusal to host asylum-seekers, Brussels said last Thursday. The ECJ cases could lead to financial penalties but may take months, or years, to conclude.

The designated Czech Prime Minister Andrej Babis said that the European Union should not push Czechs over their refusal to shelter asylum-seekers, because it could strengthen extremist parties in the country. "The [European] Commission can withdraw the charge at any moment. We have to negotiate on this and to offer different models, like guarding the borders or help to other countries. But we don't want any refugees," Babis said in an interview published on Saturday by the Pravo daily paper.