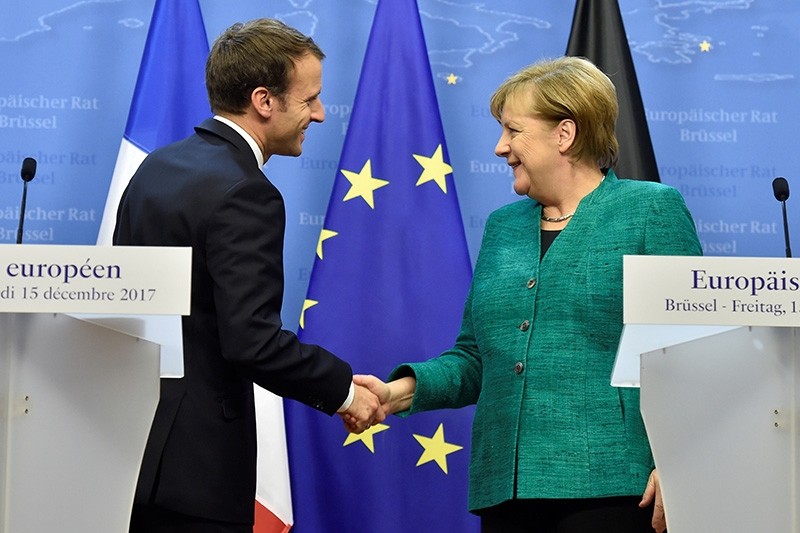 Germany and France want to establish a joint proposal for the reform of the eurozone by March, German Chancellor Angela Merkel said on Friday at the end of an EU summit.

"By March we would like to find a common position, which is extremely important," Merkel said at a news briefing, speaking alongside French President Emmanuel Macron.

Macron said a "stable, strong Germany" was in everyone's interests to advance European integration and that decisions would flow from that.

"Our aim is to have an agreement in March because at that stage a political step will have been completed in Germany and we will have the capacity to construct together much more clearly on these issues," Macron said of the eurozone reform.

"Do I think that we can have a joint position and have joint solutions? I not only think we can, but I want it."

Asked about his ideas for a eurozone budget, Macron said that in his Sorbonne speech in September, delivered two days after the German election, he had not made any mention of a specific size for the budget in terms of points of GDP.