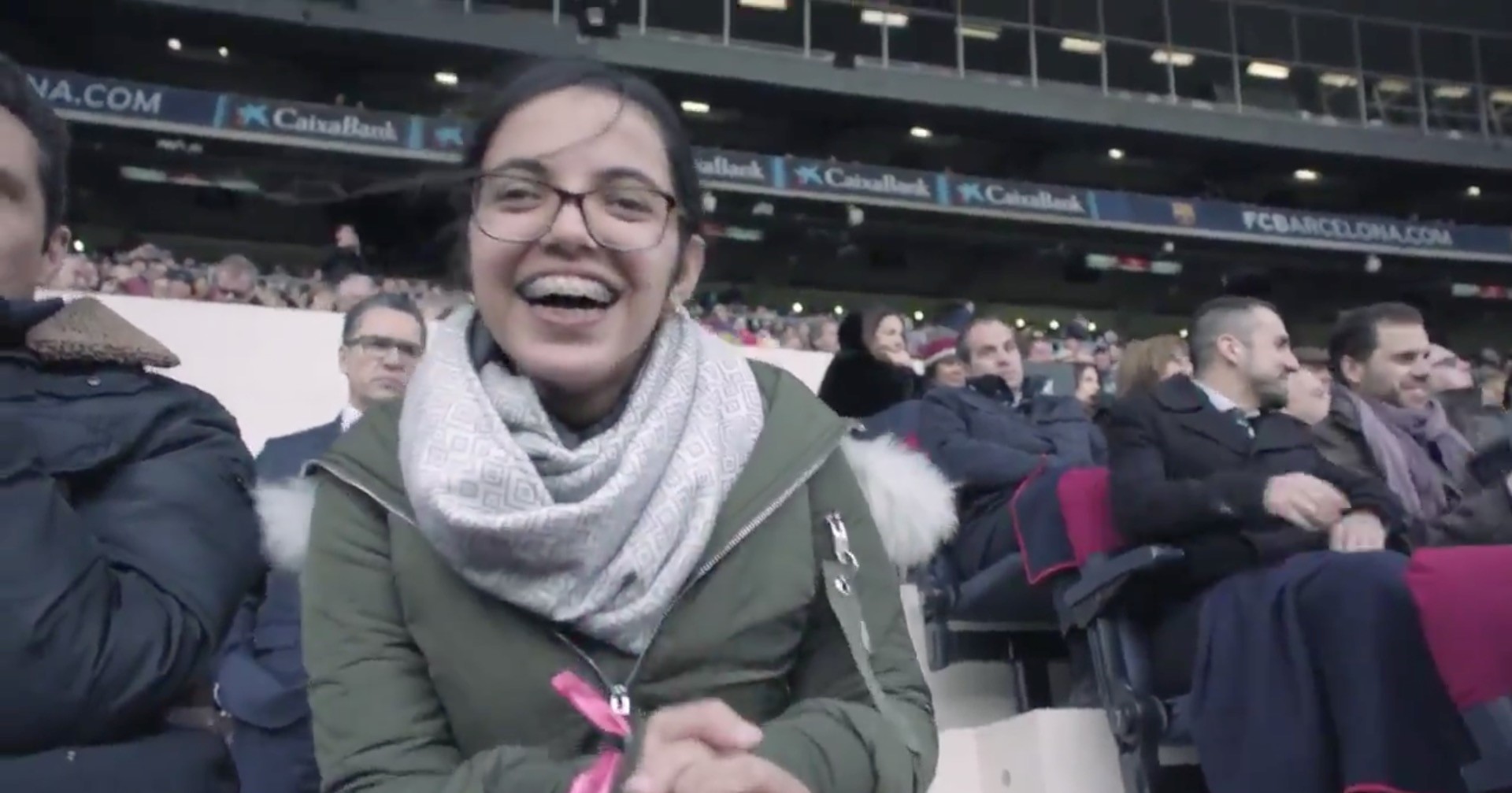 This screengrab from Barcelona's video shows Nujeen Mustafa in Camp Nou stadium
by Dec 16, 2017 12:00 am

A young Syrian refugee's dreams came true when she met Lionel Messi and his Barcelona team mates after the club invited her to attend a La Liga match earlier this month.

Nujeen Mustafa, 18, who suffers from cerebral palsy and is confined to a wheelchair, fled her hometown of Aleppo two years ago with her sister Nasrin.

The two girls made a 5,600km (3,479 mile) journey to Cologne where they were sheltered as refugees. After discovering that Nujeen was a fan of Barca, the club surprised her by arranging for her to visit Spain and watch them play Celta Vigo on Dec. 2.

"Messi has a kind of a baby face, he looks younger even though he's 30, so it's like 'you have grown up now' because I know him since 2007," Nujeen told Reuters in an interview.

"At that time he looked like a baby," she added, before addressing the five-times Ballon d'Or winner: "You have changed, you look like an adult now."

"He's a really shy guy, that hasn't changed," said Nujeen, who hopes Barcelona win six titles again to match their feat in 2009 when they won the King's Cup, La Liga, the Champions League, the Spanish Super Cup, the European Super Cup and the Club World Cup.

Nujeen, who speaks Arabic, French, English and German, has become a symbol of the United Nations refugee agency (UNHCR) and hopes peace will someday return to her country.

"Sometimes I feel homesick, I ask myself what am I doing here, I want to go back home where I lived and loved you know, but I want to move forward I don't like being a victim, I am a survivor.

"I dream of becoming a physicist and perhaps an astronaut and I dream of... yeah one of my dreams is to meet the Queen of England and I still want to."