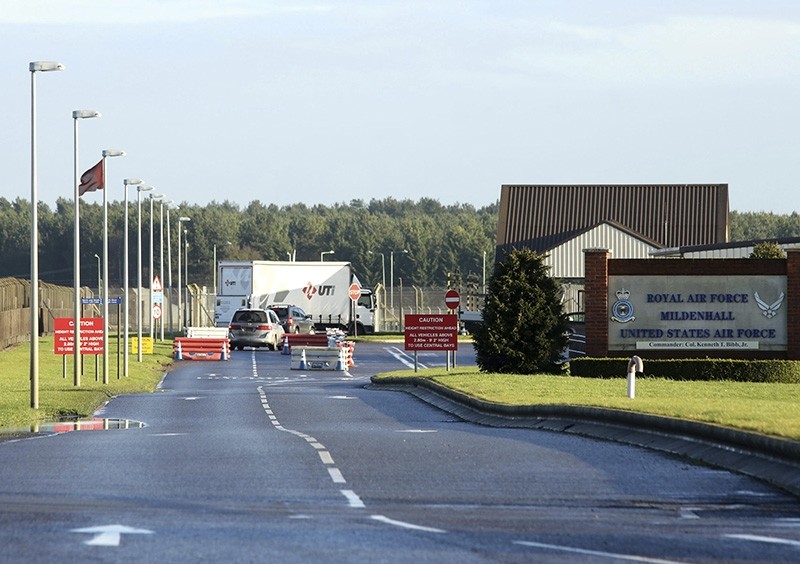 British police have arrested one suspect who tried to forcefully enter a checkpoint at RAF Mildenhall in Suffolk by ramming his vehicle into the entrance gates, the Ministry of Defense said.

British media said the base, used mainly by U.S. Air Force planes, was on lockdown after 13:00 GMT.

"The incident has been contained," a U.S. Air Force spokeswoman said. "There is a suspect that has been apprehended."

Britain's Ministry of Defense said it was aware of an incident at the base and that police were taking a lead in the case. The U.S. embassy declined immediate comment.

"Members of the public are asked to avoid the area around RAF Mildenhall for the time being," Suffolk Police said.

The British authorities "are not treating the incident as terrorism related at this stage," a security source said.

The source added that Suffolk police force was taking the lead on the incident and that specialist anti-terrorism officers were not immediately involved.

The 1,162-acre base houses special operations forces and the KC-135 tanker fleet. About 3,100 U.S. military personnel and 500 U.K. civilian staff are employed at the base.

The U.S. Air Force plans to relocate its operations to a base in Germany, but decided in September to delay the move until 2024.