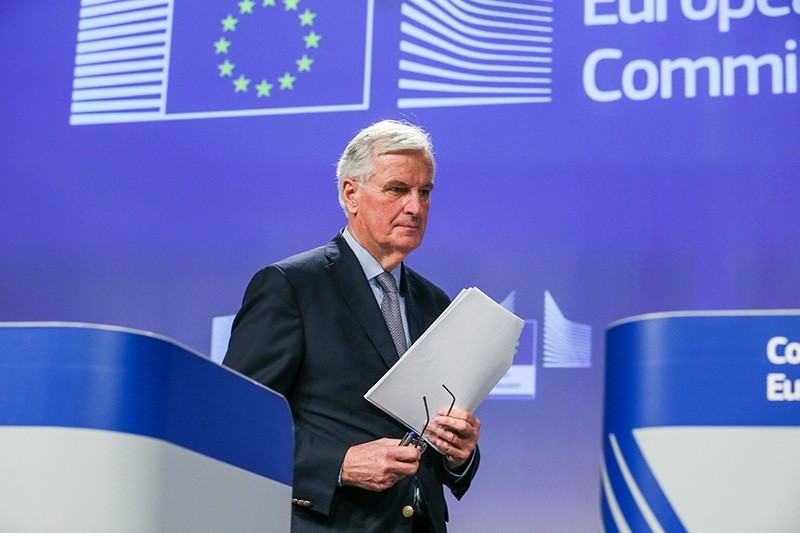 The European Union wants a transition period after Brexit to end no later than Dec. 31, 2020, according to the European Commission's negotiating directives agreed on Wednesday.

"The transitional arrangements should apply as from the date of entry into force of the Withdrawal Agreement and should not last beyond 31 December 2020," the published text showed.

Coinciding with the end of the EU's current seven-year budget period, the end of 2020, 21 months after Brexit at the end of March 2019, had long been expected as the target end date of the transition but this was the first official confirmation that this is the official goal of the Union negotiators.

British Prime Minister Theresa May had formally asked for a transition to last around two years.

The four pages of new directives for EU chief negotiator Michel Barnier were in line with guidelines issued by EU leaders at a summit on Friday and will form the basis of talks on the transition which Barnier hopes to start next month.

They spell out that Britain will be effectively still a member of EU institutions, bound by all their rules including new ones, while not having a say in their making. The EU will also offer Britain a non-voting place at some meetings where decisions may affect specific issues and will set up special arrangements for a UK role in setting annual EU fishing quotas.

The directives also spell out more clearly that EU treaties with other countries and international organizations will no longer apply to Britain during the transition period. However, the document adds: "Where it is in the interest of the Union, the Union may consider whether and how arrangements can be agreed that would maintain the effects of the agreements as regards the United Kingdom during the transition period."

This has been important to Britain since it could mean that it no longer benefits automatically from free trade agreements which the EU has with, say, Canada or South Korea, while, as the directives underline, it would still have to apply EU trade policy -- for example collecting EU customs duty at UK ports.

Among elements spelled out more in the transition directives than in the leaders' guidelines last week was a repetition of a previously agreed EU position that everything applying to Brexit for Britain would also apply to other British territories.

Brussels has previously said the Spanish government must agree any future arrangements with Britain that affect the British territory of Gibraltar on Spain's southern coast.