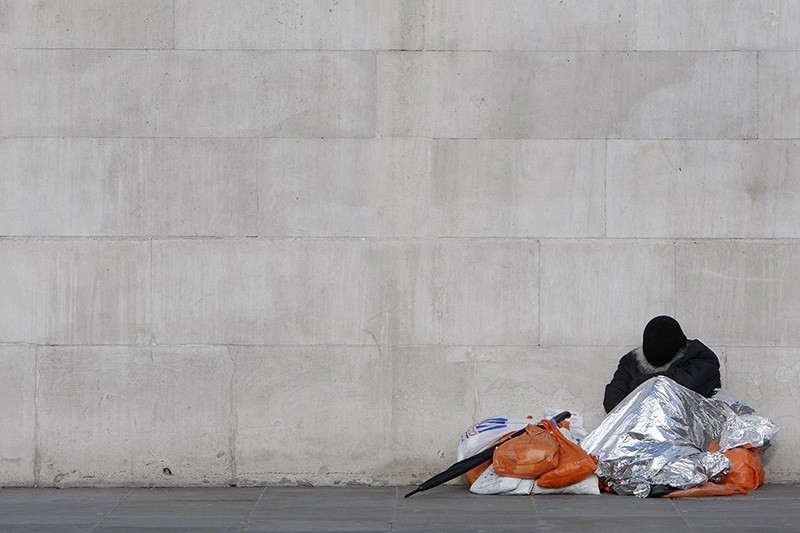 A report by a group of British lawmakers laid bare the serious state of homelessness in England, calling it a "national crisis," Wednesday.

Describing the situation as "appalling," the Public Accounts Committee said the number of homeless people who sleep in the streets had reached as many as 9,100.

The report underlines that "more than 78,000 households, including over 120,000 children, are homeless and housed in temporary accommodation," which can be of a very poor standard.

It suggested the number of households in temporary accommodation such as hostels has increased by more than 60 percent since 2010.

Families who are left with no place to live for various reasons can be offered a temporary accommodation where they can live thanks to an agreement with the local council but not a tenancy deal.

"Since March 2011 the number of people who sleep rough has risen by 134 percent," according to the report.

The report said the latest government figures did not include the country's "hidden homeless" who took shelter with family or friends, describing the government efforts to tackle the problem as "unacceptably complacent".

"The limited action that it has taken has lacked the urgency that is so badly needed and its 'light touch' approach to working with the local authorities tackling homelessness has clearly failed," it said.

"The latest official figures hammer home the shameful state of homelessness in England and the abject failure of the government's approach to addressing the misery suffered by many thousands of families and individuals," Committee Chair Meg Hillier, a Labour MP, commented.

"Homelessness can be a devastating blight on the lives of those who experience it: the average rough sleeper dies before the age of 50, and children in long term temporary accommodation miss far more schooling than their peers," added the report.

Several lawmakers have urged the government "to respond positively and swiftly" to a set of recommendations the report set out.