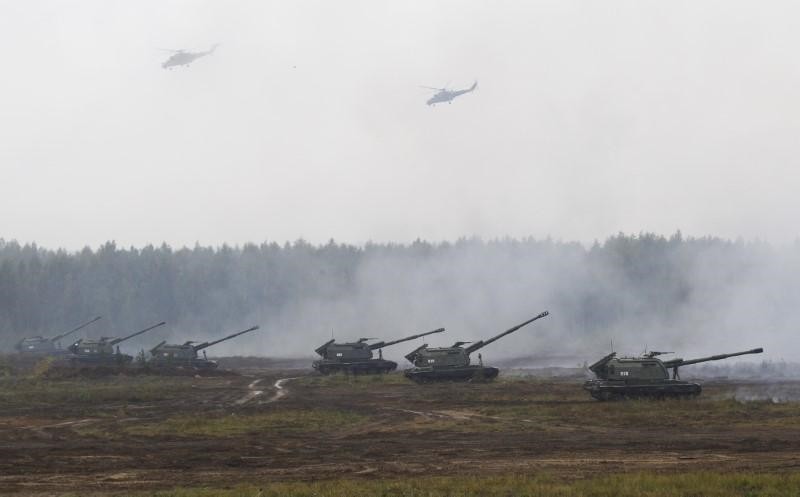 Russia rehearsed an all-out war against NATO in Europe during its "Zapad" (The West) war games that took place in September, German newspaper Bild said on Wednesday.

The drills also included the capture of Estonia, Latvia and Lithuania, in addition to Scandinavian countries like Norway and the non-aligned Sweden and Finland.

The analysts also told Bild that the Zapad was essentially a practice of "full-scale conventional war against NATO in Europe."

During the war games, Russia reportedly created a mock state in a chosen area and it was "invaded" as part of Zapad.

The analysts also said that Russia practiced how to "neutralise or take under control air fields [in eastern Europe] and harbors so there are no reinforcements arriving from NATO states there."

Zapad took place near Belarusian capital Minsk, and raised suspicion in the West.

Russia's defence ministry said the war games included some 12,700 troops and ran from Sept. 14 to Sept 20, with a fictional scenario focusing on attacks by militants. NATO says there were far more troops than 12,700 and they simulated an attack on the West during August and September.

Saying they are concerned that large-scale, unannounced exercises could accidentally trigger a conflict in eastern Europe between NATO and Russia, Western allies have pressed Moscow to be clear about its military exercises and to invite more observers.