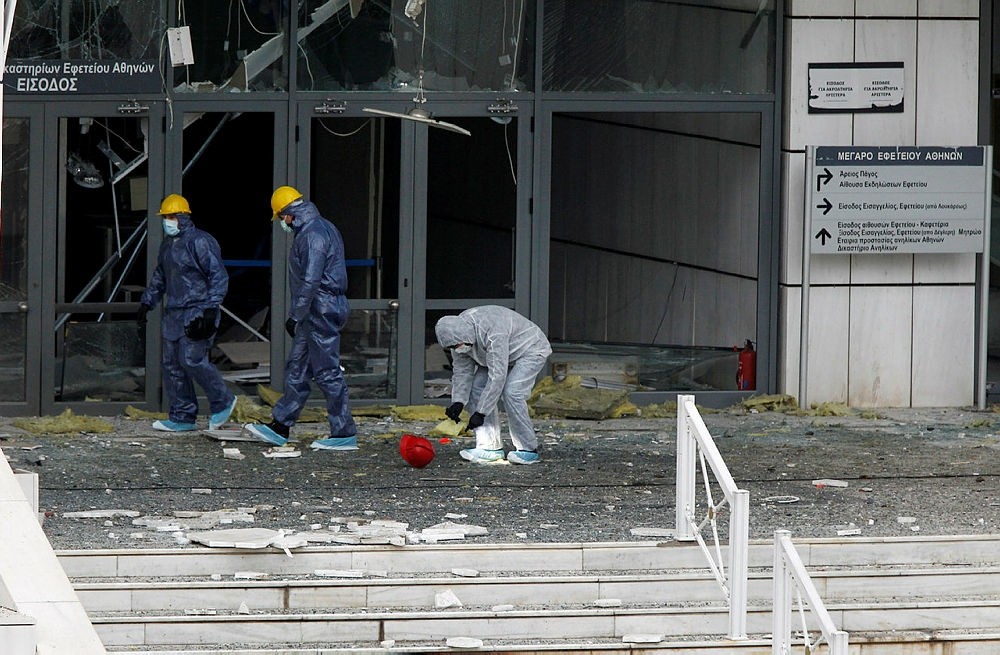 A makeshift bomb exploded outside a Greek court in Athens early on Friday shattering windows and damaging the facade of the building, police officials said.

Shots were also fired at a person guarding the Athens Appeal Court building, Justice Minister Stavros Kontonis told state TV. The Justice Ministry suspended the court's operation for one day. There were no reports of injuries.

Police, who had cordoned off the area, later found a bag which contained the makeshift bomb outside the building.

Police were also investigating footage from cameras nearby, another official said, and reports of two people leaving the scene in a van.

Small-scale attacks on businesses, state buildings, police and politicians are frequent in Greece, which has a long history of political violence.