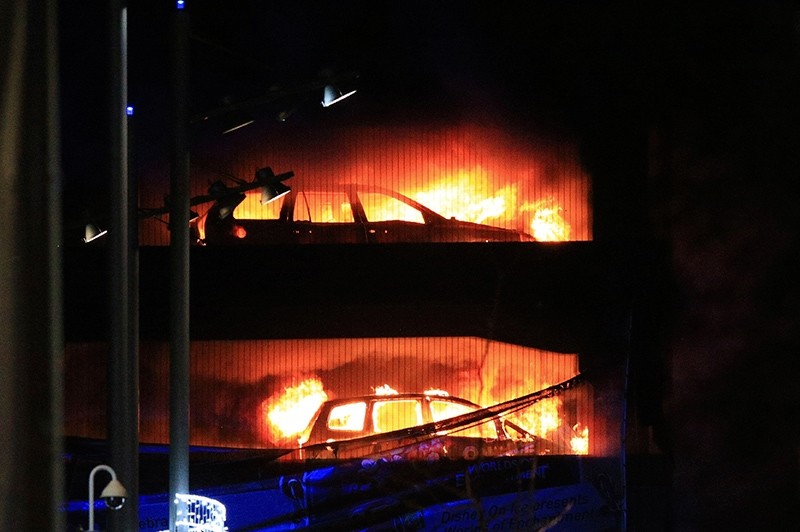 A blaze has destroyed up to 1,400 vehicles in a car park serving the British city of Liverpool's indoor arena, police said Monday, adding that every car was destroyed in the fire.

The Liverpool International Horse Show, taking place in the northwest English city's neighboring 11,000-seater arena, was canceled due to the fire, which broke out after dark on Sunday.

Nobody has been seriously injured in the blaze, the local Merseyside Police said, while all horses are accounted for.

"Initial investigations indicate that an accidental fire within a vehicle caused other cars to ignite," the force said.

"We believe that all vehicles parked in the car park have been destroyed and advise owners to contact their insurance companies."

Horses which had been on the first level were moved to the arena, he added.

"The flames and the smoke was unbelievable," said Kevin Booth, 44, who was heading to the horse show with his family.

"It was frightening. We could hear the bangs of car windows exploding," he said.

A reception center was set up for people unable to get home due to the fire and locals volunteered to take in or transport those left stranded.

"The people of Liverpool never let us down with their generosity and everyone has now been accommodated or given a lift," Anderson said.

All people and horses involved in the show were counted safe, the arena said.

The area was evacuated along with some nearby apartments due to the smoke.

Twelve fire trucks were sent to tackle the blaze.