13 monkeys killed in fire at safari park in UK 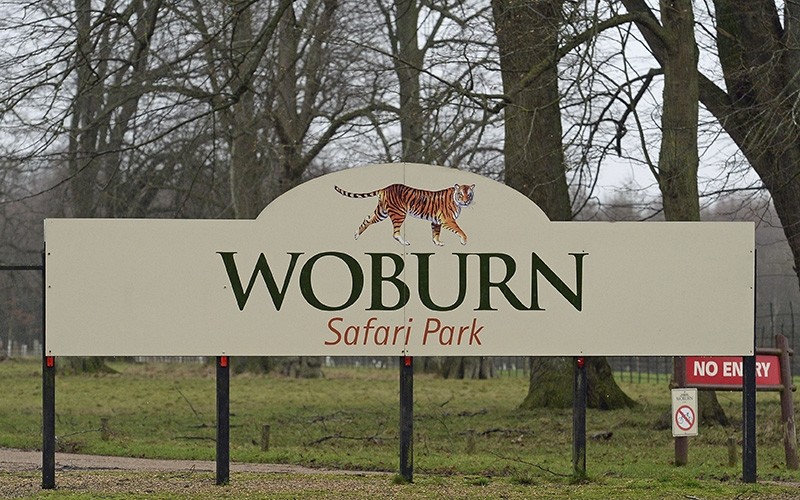 The sign for the Woburn Safari Park in Woburn England (AP Photo)
by Compiled from Wire Services Jan 02, 2018 12:00 am

Thirteen monkeys were killed in a fire at a safari park in England on Tuesday.

The fire broke out in the Patas monkey house in the early hours of the morning, the safari park, located in Woburn, north of London, said on its website.

"Staff and fire crews attended the scene, however, devastatingly for everyone at the park, none of the thirteen animals could be saved," the statement said.

The other animals in the jungle drive-through area are being monitored, although early indications are that they have not been affected, it said.

The fire started early Tuesday morning in the Patas monkey house at Woburn Safari Park, located 50 miles (80 kilometers) north of London. The enclosure is part of the African Forest drive-through section of the popular attraction.

Firefighters found the Patas monkey house ablaze with the roof caved in when they arrived. Officials said 90 percent of the building was damaged.

It took just over two hours to control the fire.

Early indications are that other animals were not injured. The safari park houses a variety of animals including elephants, lions and zebras.

The fire follows a Dec. 23 blaze at London Zoo that killed an aardvark and four meerkats. The cause of that fire, which badly damaged a cafe, has not been established.

The London zoo Tuesday postponed its annual animal census, which is required by law in order for the zoo to maintain its operating license, because of the fire.

Officials say the cause of the Woburn Safari Park fire is being investigated. The park will remain open except for the African jungle enclosure section.