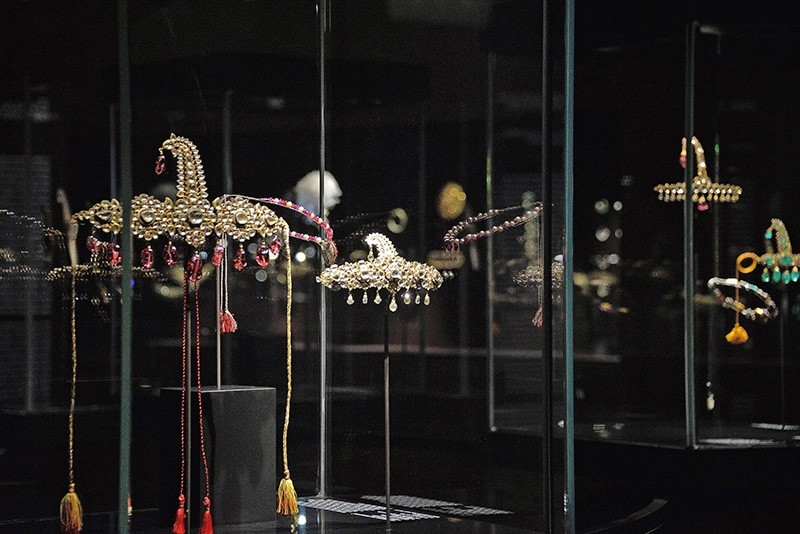 Thieves on Wednesday stole precious Indian jewels from the famed Al Thani Collection that were on show in a Venetian palace, making off with a brooch and a pair of earrings by mixing in with the crowd on the final day of the exhibition, police said.

The stolen jewels were not the top highlights of the Al Thani Collection, which includes gems dating from the time of the Mughal Empire. But police said they were made of gold, platinum and diamonds and news reports estimated their value in the millions of euros.

Venice police said the security alarm went off at around 10 a.m. at Venice's Doge's Palace and police immediately sealed the area. But the thieves had already made their escape from the museum, known as the Palazzo Ducale and one of Venice's top tourist destinations on the edge of St. Mark's Square.

Venice police chief Vito Gagliardi told the ANSA news agency the thieves managed to delay the triggering of the alarm system, allowing them to escape.

The Al Thani Collection is a renowned collection of 270 pieces of Indian and Indian-inspired jewelry and precious stones, spanning 400 years from the Mughal period to the present and assembled by Qatar's Sheikh Hamad bin Abdullah Al Thani. Forbes magazine has said "there is no comparable collection on the planet."

The Venice exhibit, "Treasures of the Mughals and the Maharajas," was due to close Wednesday, the latest stop in a travelling exhibit that has brought the collection to Paris' Grand Palais, London's Victoria and Albert Museum, New York's Metropolitan and the Miho Museum near Kyoto, Japan.

A spokesman for the collection, John Maxse, said it was in contact with Italian authorities and Venice's Foundation of Civic Museums, which runs the Doge's Palace.

In a statement, the foundation said the brooch and earrings stolen were "contemporary pieces and consequently are of less historical value than other items in the collection."

But Venice police noted that since the items are so unique they will be nearly impossible to sell on the market.