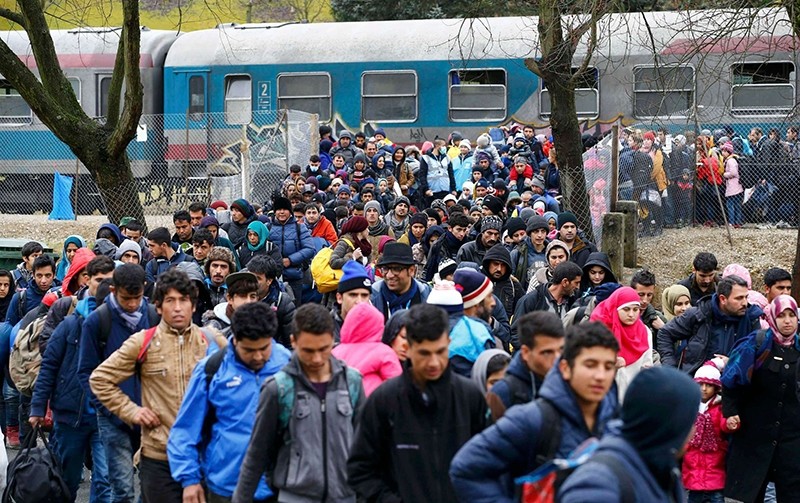 A more than two-year long migration crisis has caused immigration to become a major political issue in many European countries, including France. Official asylum requests rose 17 percent to exceed 100,000, the highest "in at least four decades," according to Pascal Brice, head of France's refugee office (Ofpra).

Pascal Brice, director of the French Office for the Protection of Refugees (OFPRA), told CNEWS television Monday that the number seeking asylum was the highest level for "at least 40 years."

The highest asylum requests came from Albania, Afghanistan and Haiti.

Though France saw asylum requests spike further in 2017, Brice noted that Germany registered twice as many during the year.

About 36 percent of applicants were granted refugee status, a slight decrease on the year before.

The agency said a focus was placed on women victims of violence — over 6,000 girls and young women received refugee status to protect them from a risk of genital mutilation.

"This is not a massive inflow and we are capable of handling the situation," Brice told CNews television Monday.

The number is sensitive after an election where President Emmanuel Macron faced off against Marine Le Pen of the anti-immigrant National Front.

Macron, who won power in May, has promised to slash the time it takes French officials take to rule on asylum requests - to two months maximum from what Brice said was now about three months on average.

Asylum requests from Albanians rose 66 percent from 2016 but the acceptance rate was low, at just 6.5 percent, Ofpra figures showed.

By comparison, the acceptance rate was 95 percent for Syrians, 85 percent for Afghans and 59 percent in the case of people from Sudan, Ofpra said.

Brice called the surge in Albanian requests "a cyclical phenomenon." Albanians rose from third place in 2016 to the front of the queue of asylum-requesters in 2017, ahead of Afghanistan and Sudan, with Syria further down the line.

The new French number -- precisely 100,412 asylum requests in 2017 - compares to 140,000 asylum requests recorded in the first nine months of 2017 in neighboring Germany, where limits on the inflow are one key issue in talks where Chancellor Angela Merkel is seeking to forge a governing coalition.