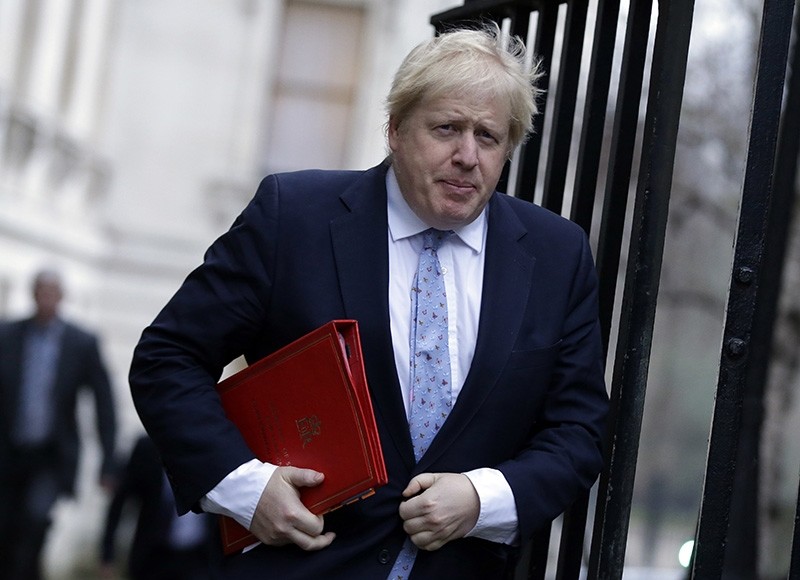 Britain's Foreign Secretary Boris Johnson walks to attend a cabinet meeting at 10 Downing Street, the first following a reshuffle by Prime Minister Theresa May, in London, Tuesday, Jan. 9, 2018. (AP Photo)
by Jan 09, 2018 12:00 am

Britain's visit invitation to U.S. President Donald Trump should not be rescinded, British foreign minister Boris Johnson said on Tuesday, stressing that the United States is an important ally.

"I don't believe that is sensible," Johnson said when asked by an opposition lawmaker what it would take for the invitation for a state visit, accepted by Trump last year, to be withdrawn.

"The United States is our closest, most important security, and indeed economic, partner and will continue to be so."

A separate lawmaker asked Johnson about a claim by U.S. author Michael Wolff, made in a Sunday newspaper interview, that Trump saw Queen Elizabeth "in reality show terms" and would try to "Trumpalise" her. Wolff did not explain what that word meant.

During the Queen's 65-year reign there have been 13 U.S. Presidents, starting with Harry S. Truman. No date has been set for a Trump visit.