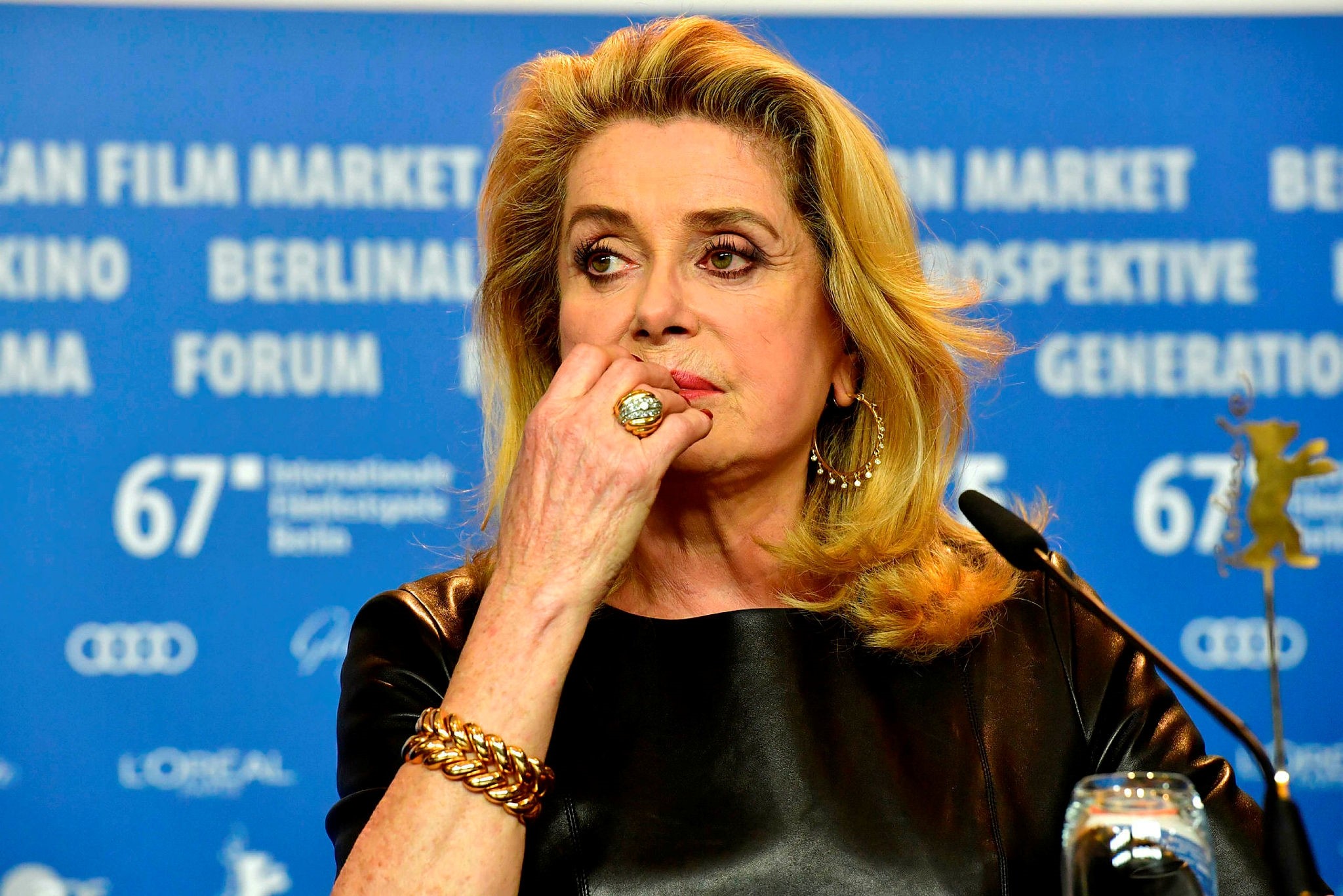 This file photo taken on February 14, 2017 shows French actress Catherine Deneuve attending a press conference for the film ,Sage Femme, (The Midwife) in competition at the 67th Berlinale film festival in Berlin. (AFP Photo)
by Daily Sabah with DPA Jan 10, 2018 12:00 am

An open letter written by author Catherine Millet and signed by 100 women, including French film star Catherine Deneuve was published in Le Monde on Monday, which claimed that the #MeToo debate on sexual harassment has resulted in a "denunciation campaign," and warned against a "climate of totalitarian society."

While the letter acknowledged that it was necessary to raise awareness of sexual violence against women, the signatories argued that "the freedom to importune someone is essential to sexual freedom" and that "insistent flirting" is not a crime.

The signatories came under fire two days later from women's rights activists for denouncing the movement.

"The signatories of this [Le Monde] letter deliberately mix a relationship of seduction, based on respect and pleasure, with violence," wrote activist Caroline De Haas in response.

"How can one imagine for a moment a liberated society in which women freely and fully command their bodies and their sexuality when more than half of them claim to have already suffered sexual violence?" De Haas wrote.

While activist Tarana Burke started the hashtag in 2006 to give a voice to victims of sexual assault, the movement grew rapidly after allegations against Hollywood producer Harvey Weinstein surfaced publicly in October.