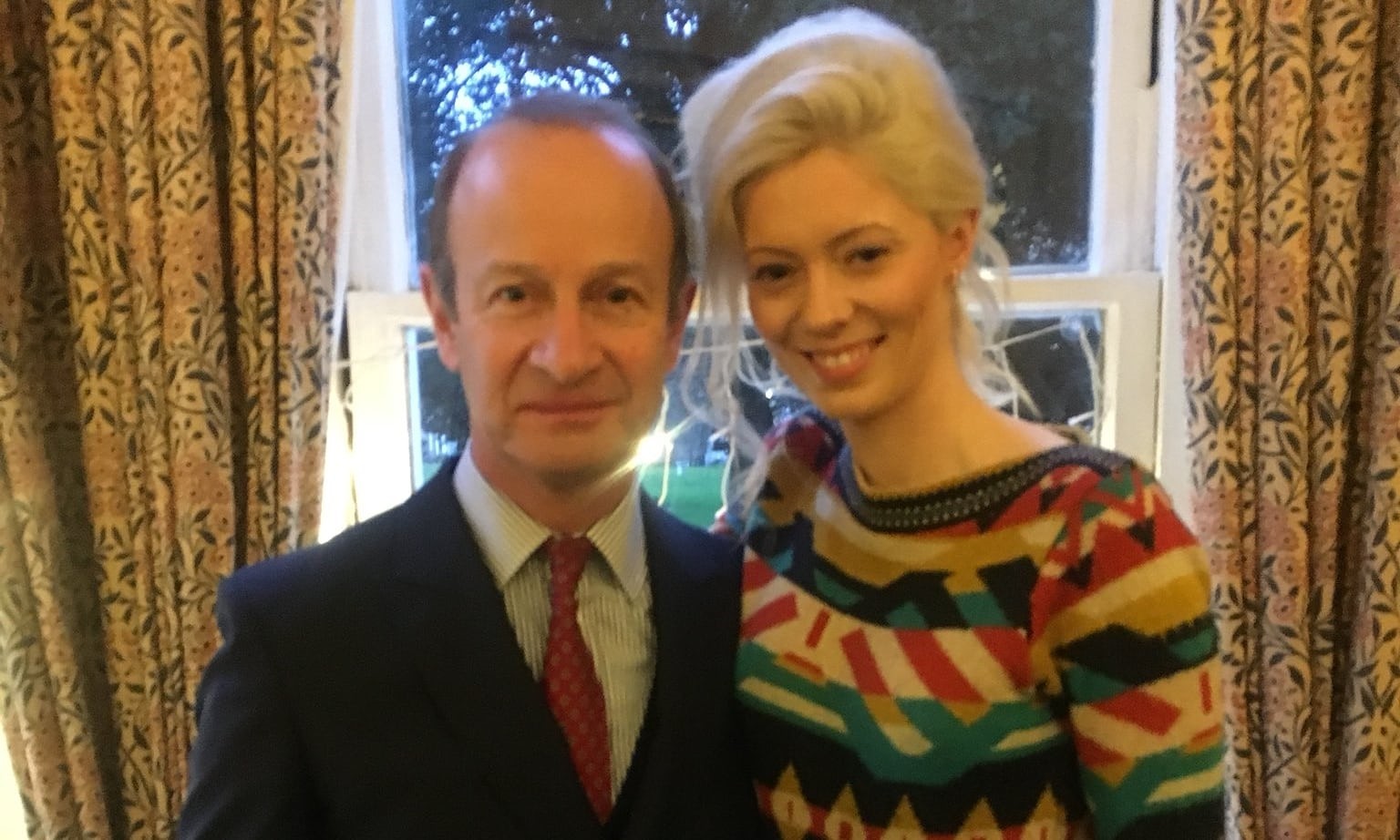 Henry Bolton, who was elected in September, said his 25-year-old partner Jo Marney had been suspended from the party after the text messages were published in the Mail on Sunday newspaper.

But one party politician said she should have been expelled, while a UKIP member of the European Parliament said it was time for the "inexperienced" leader to "go quietly."

According to the tabloid, Marney wrote messages to a friend complaining that Markle -- an American actress of mixed race who is due to marry Harry in May -- would "taint our royal family" with her "seed."

"Next will be a Muslim PM (prime minister). And a black king," she was reported to have written.

In a statement, Marney said her remarks were "deliberately exaggerated to make a point" and were taken out of context, but "I fully recognize the offense they have caused".

Bolton is the third elected leader of UKIP since Nigel Farage resigned after helping secure a vote to leave European Union in June 2016, and the party has struggled to find a role.

UKIP chairman Paul Oakden said that Bolton, who recently made headlines due to his decision to leave his wife and date Marney, had some "difficult decisions to make."

The party's governing board will meet next weekend and will consult with the former army officer "if he is still the leader at that point," he told the BBC.

Oakden said the coming year would be "crucial" for Brexit negotiations, adding: "We need to be behind our leader 100 percent in taking that battle forward."

"Whether or not the party decides it willing to give that support to Henry is for the party to decide."

"Henry does not have the experience, the political nous or advice to deal with the issues he faces.... He must go, he must go quickly, he must go as quietly as possible."

Peter Whittle, a UKIP member of the London Assembly, tweeted: "These are disgraceful remarks. This person should not just be suspended from @UKIP but expelled altogether."